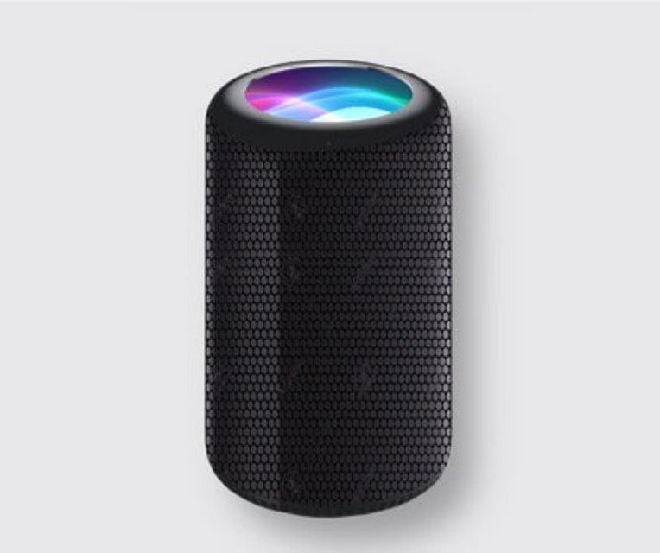 Bloomberg reported that Apple’s latest product the Siri Speaker is in production. This was really fast since we just learned about this development a few weeks ago.  The Siri speaker will be in direct competition with the Google Home and Amazon Echo.  It’s likely that this new Apple product will make its debut at the upcoming WWDC next week.

Bloomberg cited sources it says are familiar with the matter and state that even though production has begun, it is not expected to be available for purchase until later this year.

In contrast to Phil Schiller’s comments about the usefulness of such a device without a screen, the Siri Speaker is not expected to have a one. This has had me wondering if there is integration with Apple TV or iPad somewhere in the mix.

It has been said that the Apple Siri Speaker will distinguish itself from the Amazon and Google products through deep integration with Apple products and eco-system as well as superior sound quality. Virtual surround sound technology has been rumored to be a feature as well. Louder, cleaner and crisper sound than its competition. There is also a rumor that the Apple Siri Speaker will include sensors that measure the room’s acoustics and adjusts the audio levels automatically.

A Hub For The Smart Home

The Apple Siri Speaker will serve as a hub for your HomeKit supported smart home devices. A role the Apple TV was reported to take on a year ago.  This makes more sense for an appliance that is always on.

Open to third party services and apps will allow it to perform a large number of tasks.  Apple employees have been testing the device in their homes for months.

It’s not definite but we sure hope to get our first look at Apple’s new Siri Speaker at WWDC next week.  Rumors that new MacBooks the new iPads will be introduced as well.  This would be unusual for so much hardware to be announced at what has traditionally been a software event. Either way, we will be watching and waiting.