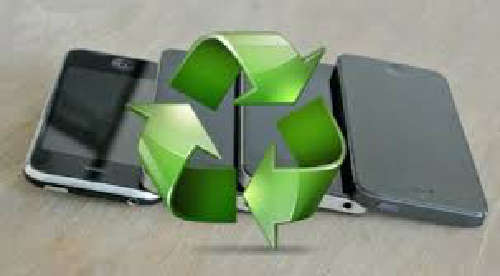 Two years ago, Apple launched a “reuse and recycle program” under which the customers can trade in his or her iPhone in exchange for credit to buy a new iPhone. Ever since the program started little is known about what actually happens to your iPhone once you hand it over to the employee at Apple store. However, a new report by Bloomberg gives you more detail on what exactly happens to your iPhone.

According to the report, once the customer hands in his device to the employee at the Apple store, the iPhone is checked for defects. If the iPhone does not have any defects, the customer is given the credit and the iPhone is sent to the contractor. The recycling contractor then decides if the device can be sold to the second-hand market or not. If it cannot be sold to the second-hand market it is sent to the recycling factories. In these recycling factories the iPhones are dismantled, ground and recycled. In the factories, the process of shredding iPhone is the reverse of making one.

There are only a few factories dedicated to the recycling of iPhones in the reuse and recycle program. One such factory is located in Hong Kong. These factories adhere to 50 rules and regulations that have been put down by Apple. The deconstruction is a 10 step process and is controlled and measured and happens behind vacuum sealed doors to make sure that no harmful gasses escape. Apple shreds its components to avoid fake copies of the device appearing in secondary markets. However, it has been stated by a contractor at Apple that it takes less energy to repurpose the device than it takes to shred it.