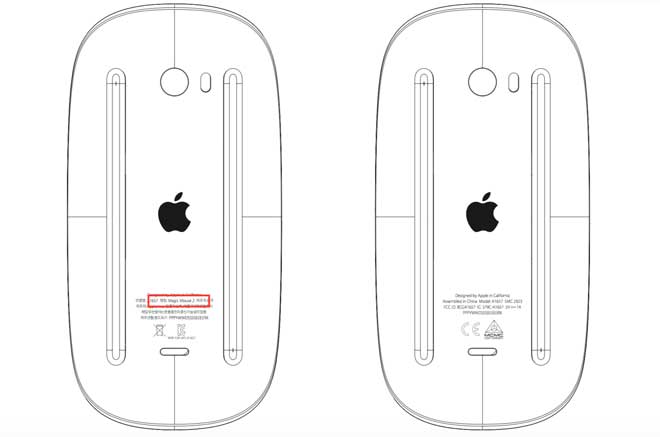 Two newly published filings with the U.S. Federal Communications Commission show that Apple will release a new Magic Mouse and wireless keyboard with some amazing features like support for the power-sipping Bluetooth Low Energy specification. Slashgear has unearthed the filings which also state that the new Magic Mouse and Apple Wireless Keyboard will have much awaited amazing  features, like built-in batteries and be rechargeable via USB. That’s a change from the norm as both rely on user-replaceable AA batteries.

We had predicted the evolution of the Apple keyboard for quite some time and it seems the new iteration will be coming much sooner than we would have expected. However, it seems that many new accessories will be finding their way to the market. We know this because such Apple accessories have appeared on the FCC listings including what is thought to be a refreshed wireless keyboard as well as a new version of the company’s extremely popular Bluetooth enabled Magic Mouse.

The soon to be released Magic Mouse 2, which is listed under article number BCGA1657 on the Federal Communications Commission (FCC) site, has been left forgotten for the longest time, in fact ever since 2009. The documents held against the item number with the FCC include a SAR Exclusion Report, cover letters requesting confidentiality, as well as a PDF document which carries a number of renderings of the underside of the new Magic Mouse 2.

The new Apple Wireless Keyboard is listed under article number BCGA1644 and contains much of the same information held against it. The keyboard which has proven extremely popular with its users ever since its inception has yet to receive an upgrade. A great amount of time has passed since the release of both peripheral devices and it begs the question as to when they will receive an update.  Many users believe that the time is now even if only minor changes are made. One major improvement with both devices is the fact that the internal Bluetooth configuration has been upgraded from Bluetooth 2.1 to Bluetooth 4.2 LE (Low Energy) which reflects Apple’s power saving philosophy in its application.

The first thing that you ought to notice when using the updated devices is the boost in battery life overall. Keeping this in mind one should also not forget that the devices already have acquired a spot due to amazing features which boast superior battery life and the updated iterations will follow suit in giving new users an amazing experience with Apple devices. Prospective buyers may be delighted in learning that they will introduce non-removable Li-ion batteries this time around which means that both devices will most probably come equipped with a charging device allowing users to simply plug the keyboard or mouse into a power socket when a charge is required, rather than having to go through the hassle of changing batteries every time. As of yet there is no solid report on when these devices will become available to the public but you can rest assured that they are coming.