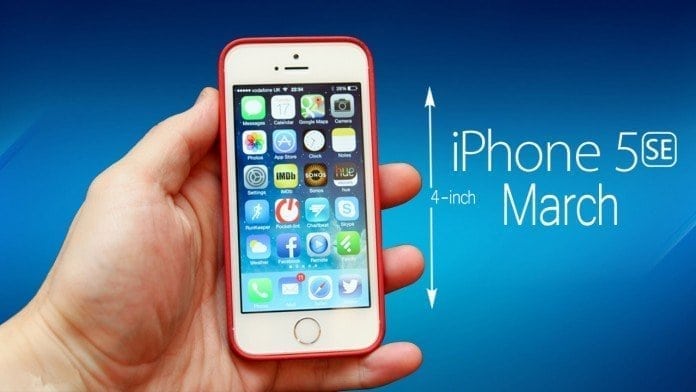 Earlier, It was rumoured that Apple is planning to introduce a new 4-inch device aimed at those potential buyers, who want something easier on the wallet and fits nicely in their pocket in the months ahead.

The Cupertino-based company may be releasing a special edition iPhone 5S. This new edition will be named, the “5Se” while it is reported that its industry name is the ‘N69‘. This name comes from its position as a second-generation upgraded version of the iPhone 5s. A reliable source, ‘9To5 Mac‘ claims to have details on the heavily rumoured device and it reports that the device will be released in March. Presumably, the phone would go on the market a month after the reveal.

This enhanced version of the iPhone 5s, iPhone 5se is touted to have similar tech as last year’s phones such as the iPhone 6’s 8-megapixel rear camera, 1.2-megapixel front camera, NFC chip for using Apple Pay, A8 processor, although with better connectivity in the form of Bluetooth 4.2, VoLTE, and 802.11ac WiFi chips from the iPhone 6s and support for capturing live photos which is a feature that last year’s 6S did not possess. The available colour options would be space grey, silver, gold, and rose gold. With an A8 processor being more likely than the A7 previously seen in the 2013 model as the company is trying to market this as an upgrade there is a possibility that unlike flagship devices there will be no 128 GB option with the phone being limited to 1GB of RAM.

Previous reports hinted towards curved edges that would eliminate the need for shiny bezels around the edges of the 5s and support for Apple Pay but the Se is expected to have a 4-inch retina display in the same vein as the 5s. There will be no 3D touch input contrary to rumours floating about last year as this is an exclusive flagship feature reserved for higher end devices. Before now the rumoured device was being referred to as the “6c” due to the industry expecting something similar to the iPhone 5c. Unlike the 5c the new model is hoped to have a metal body to give it a more refined look along side the premium models like the 6s.