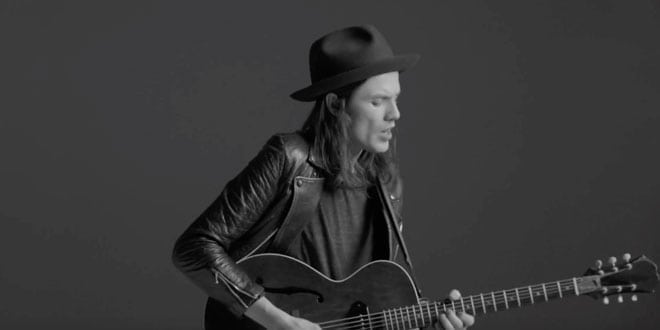 The new ads come two weeks after Apple began its new advertisement campaign in a number of public spaces around the world including billboards, signage at bus shelters and subway stations and more.

One week after posting “If it’s not an iPhone” advertisement on their YouTube channel, Apple is back with some more ads which focuses on the recently launched Apple Music service and features some of our most favourite artists. Apple’s new ads are, like their predecessors, minimalistic and artistic.

This group of new ads include three brand new ads. The first ad, which is named ‘Discovery’ highlights some of the top features of Apple Music like the availability of nearly every song and albums etc. So the title discovery goes well with discovering Apple Music’s features. The first ad is a 60-second spot in which several famous artists and some up and coming artist share the spotlight. Which helps understanding Apple’s tagline better “All the artists you love and are about to love. All in one place”

Music has never had a bigger place in our lives. To have access nearly all the music in the world at our fingertips is remarkable. And yet, there needs to be a place where artists and fans can discover one another. Where the entire experience, from playlists to radio to new releases, is powered by people who live and breathe music. A place that brings you the artists you love, as well as the artists you’re about to love. That kind of place would be pretty great. And that’s what we set out to do with Apple Music.

The second advertisement in this series features video star James Bay, who has made his mark in the music industry with songs like “Let it Go” and “Hold Back The River”. In this spot Bay can be seen playing an acoustic version of his song “Craving.”

The third advertisement of the brand new ads runs 1 minute long and focuses on a variety of different artists. The featured artists include James Bay, Kygo, Leon Bridges, Flo Morrissey, and others.

The advertisements are shot in black and white, with no spoken content. However the ad called “Discovery” also features Trent Reznor as the narrator.