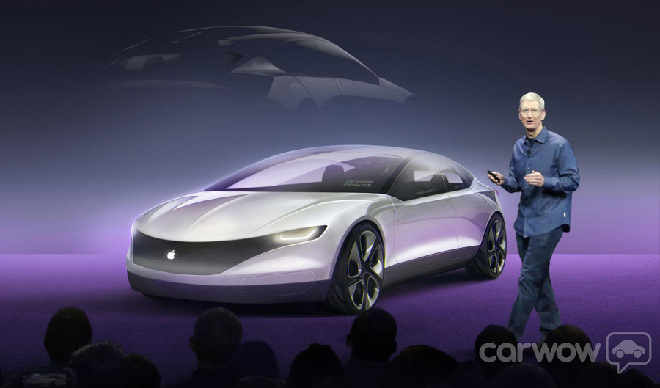 Apple’s chief executive officer Tim Cook has remained somewhat quiet about the so-called “Project Titan” but a few days ago he dropped a hint about the much-rumored electric car. This happened during the company’s annual shareholders meeting in the city of Cupertino.

Experts believe that Cook’s comment points towards the fact that if such a project exists, the public might have to wait for some time before it is unveiled. This speculation comes in line with reports claiming Apple is currently targeting a 2019 or 2020 production date.

The Cupertino based company has recruited many engineers from Ford, GM, Tesla, Samsung and elsewhere likely to work on ‘Project Titan’. Chief executive officer of Tesla Motors, Elon Musk recently said that it is an “open secret” that Apple is developing an electric car based on the company’s recent hirings.

Other evidence points towards the company’s interest in the automotive industry include the talks with a secure Bay Area testing facility for vehicles. Moreover, Apple’s meeting with the California DMV to review the self-driving vehicle regulations in 2015 also points in the same direction. Additionally, recently Sunnyvale residents have reported hearing loud “motor” – sounding noises at night in the vicinity near the location where Apple has leased some buildings.

However, when Tim Cook was questioned about the “Apple Car”, he replied,

“Yeah, I’m probably not going to do that. The great thing about being here is we’re curious people. We explore technologies, and we explore products.

And we’re always thinking about ways that Apple can make great products that people love, that help them in some way. And we don’t go into very many categories, as you know. We edit very much. We talk about a lot of things and do fewer. We debate many things and do a lot fewer.”

Between all this uncertainty, all we can do is wait for some concrete advancements until then anything said will be before time.