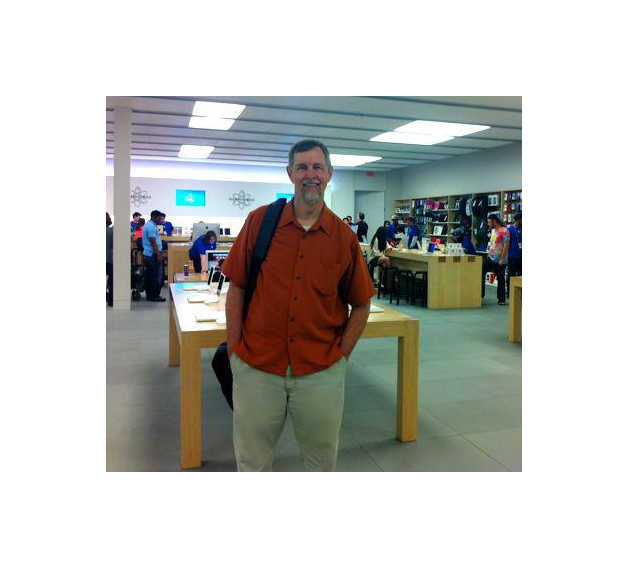 It is a sad day for all Apple and tech fans alike as news of the death of one of the biggest Apple enthusiasts, Mr Gary Allen, was released.

Mr Allen, aged 67, died of brain cancer the previous Sunday. It is said of him that even though he obviously admired the devices of the tech giant, he cared more for the style and innovation that was solely Apple. He cared especially about the stores and how Apple created a sleek and minimalistic image of itself to the world.

Allen, who was a retired EMS dispatcher, was often the first one in line when a new company store opened any where in the world. He attended almost 140 Apple store openings and as a result, collected a variety of trivia facts. He also wrote a blog about Apple’s stores and retail operation which was called ifo Apple Store (The ifo stands for in front of). The blog was extremely popular amongst tech bloggers as well as Wall Street analysts and Apple’s employees but it was shut down by Allen in the March of this year. He stated that as so many more blogs were following Apple stores and “Who am I to keep up with them?” he wrote. “So, I’m going to focus on my family and friends, drop the demands of writing and get back to what it was before—just fun.” It is now thought that the real reason for his decision was the brain cancer diagnosis and the fact that he didn’t want to make a big deal of his illness.

Allen loved to stand in the infamous lines which gather outside Apple stores hours before the release of a new product. He made countless friends whilst standing in a number of such lines and they would all get each other food as well as hold other’s spot for bathroom breaks and exchange portable chargers. He also wrote live feeds of his adventures on his Flickr and Twitter profiles with pictures.

Allen is succeeded by two brothers, Jim Allen and Bob Allen, as well as his wife Nancy and his son David.