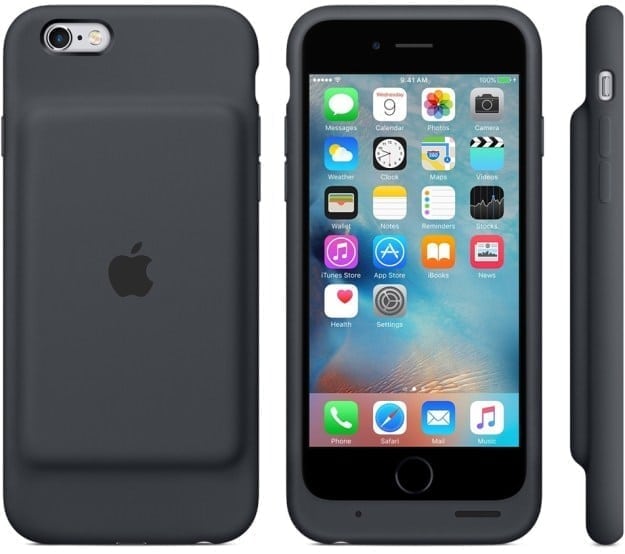 Apple recently released its first official battery case for the iPhone 6 and iPhone 6S. Typically battery cases for phones are bigger than the usual protective cases as they also have a built-in battery pack that helps recharge your phone.

The battery case offered by Apple called the Smart Battery Case is priced at a total of $99 and also includes a 1,77 milliamp-hour battery. This battery is almost 67 milliamps bigger than the battery that the iPhone 6 currently contains according to iFixit. Additionally, the battery case is also available in two color options; black and white.

The exterior of the case is made of silicone and the interior is made of microfiber and it looks exactly like previous cases that have been sold by Apple since 2013. There is however one glaring difference in this case that there is a giant bump in it’s middle, which has been termed by some as “the hump”. However Mr Tim Cook, the current CEO of Apple does not like this term, and so he recently explained the design by saying that the bump makes it easier for people to take the case off their phones. In order to do so you must bend back the case’s top exactly above the bump and slide the iPhone out of it. The iPhone’s Smart Battery Case will purportedly add up to 25 hours of talk time with almost 18 hours of Internet browsing and 20 hours of video playback. The Case, however, does not have a power button and so if the case has any battery left at all while an iPhone is connected to it will power your iPhone and so only after the case’s battery is completely depleted will the iPhone’s internal battery be used. You can charge the case by using the Lightening connector offered by Apple and your iPhone will also show how much battery is present in your iPhone as well as in the iPhone Smart Battery Case.

However if you find yourself in need of a bigger and longer lasting battery life you can try other options like Mophie’s $99 Juice Pack Air which also packs a bigger battery. You can also go for a $47 case from Anker which is less than half the price and also has a bigger battery at 3,100 mAh.