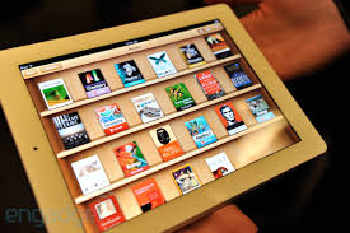 Recently, the Supreme Court of America denied Apple’s appeal regarding issues on e-book pricing and antitrust activities. This will force the Cupertino-based company to pay it’s consumers almost $400 million so that it can offset the charges from the way it priced e-books along with several major publishing houses. The publishers all settled the cases but Apple being Apple, took the case to trial and lost.

Per the agreement, the company owes almost $400 million to e-book consumers, $30 million in fees for the legal process and almost $20 million to those states which were involved in the case. However, this may not faze the tech giant as it has almost $216 billion in cash, as estimated at the end of last quarter.

So are you one of the fortunate parties who is going to receive some money from Apple? In order to check this out, you can go to ebooklawsuit.com to keep track of the payout made by Apple.

Consumers who have bought a qualifying e-book from one of the five publishers involved in the Apple suit now have reason to rejoice. These publishers are:

Any purchases made from April 1, 2010, to May 21, 2012, from these publishers (by American citizens) will now see settlement fees which may be as much as  $6.54 per title. However, any rented, free or gifted e-books are not covered in this settlement.

The settlement, which was agreed upon in 2014, will not only apply to only e-books which are bought from iBooks store. Amazon.com has recently stated that it will also distribute a certain amount as settlement funds to its Kindle customers.