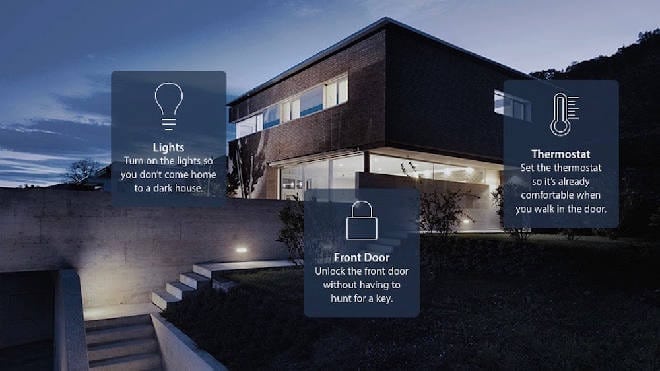 This past week reports surfaced indicating that Apple would announce a Siri SDK in addition to an Amazon Echo-like Siri speaker at WWDC. The Software development kit would enable developers to more easily integrate apps with the voice assistant, whilst the Siri speaker would rival Amazon’s Alexa and the upcoming Google Home. There are however reports that the Siri speaker will not be available until sometime next year, but could potentially have facial recognition features which would make it superior to both Amazon and Google’s products.

Amazon’s Echo, which is usable with the iPhone, has gotten glowing reviews from the Apple community due to its stable voice activation and integration with countless services. Google Home, first previewed at Google’s I/O developer conference last week, prompted Apple to pay more attention to Siri’s current weaknesses leading to the Siri SDK and speaker rumors.

Now more rumors are surfacing, suggesting that Apple’s Siri speaker might include a video camera, which neither Google Home or Amazon Echo have. The report from CNET claims that this camera may be used to manage user profiles:

“The device would be “self-aware” and detect who is in the room using facial recognition technology. That would let the device automatically pull up a person’s preferences such as the music and lighting they like”, sources said.

Furthermore, the Siri speaker is expected to be able to incorporate HomeKit as well, providing a home surveillance solution. Apple’s current home automation framework lacks security camera support, but with the category’s growing popularity it would do Apple a world of good to introduce this feature. Finally, the report adds, that the Siri speaker may potentially be released this holiday season a 2017 release is far more likely.

“The hardware could be released by year’s end, but it’s more likely to be available in 2017. They cautioned, though, that Apple could change its plans to include a camera- or even scrap the device entirely.”

It’s also worth noting that most of Apple’s current devices have built-in cameras, but still don’t feature facial recognition. Given that the product goes through, it would be a first for Apple in that department.