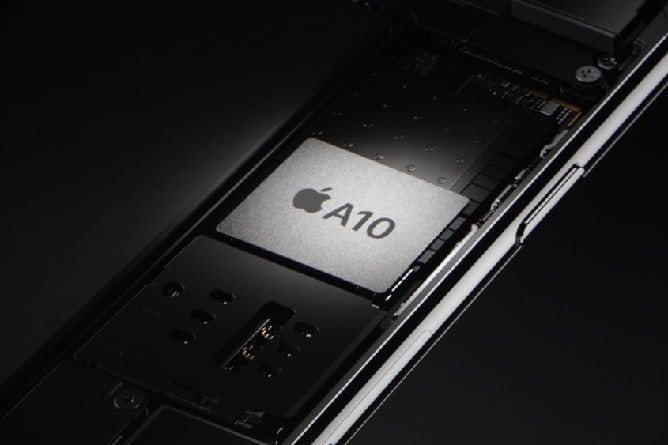 The new chip will reportedly be at least 40% faster than the A9 chip in the iPhone 6S. According to Phil Schiller, Senior Vice President of worldwide marketing at Apple, said the new processor will be 240 times faster than the original iPhone.

Schiller also said that the A10 processor is a “rocket ship” and it’s graphics performance is 50% faster than the A9 processor. This is going to allow better game performance on your iPhone 7 and users will be able to play “console quality” games such as Codemasters’ F1 2016 game. These abilities were also demonstrated live for the more cynical of Apple enthusiasts with Oz: Broken Kingdom. The game included real-time reflections, weather effects, and environmental destruction. The haptic feedback allows players to feel big hits as well. The game also demonstrated the ability to smoothly render 400 flying monkeys flawlessly at a fast screen framerate.”

Two cores on the processor are designed to enable low power applications to run efficiently. A new power controller also controls everything automatically. The new chip also brings good news for those who are fed up with the battery drainage of the iPhone. It will last two hours longer than the previous model and this will make it the “longest battery life ever in an iPhone”. Overall the iPhone 7’s processor will use only two-thirds of the power used by the previous model.

Apple has also trademarked the termed “A10 Fusion”. We are currently unsure if this new trademark will apply to other products other than the new iPhone 7.