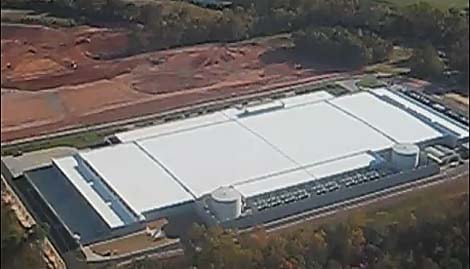 The Reno area has been experiencing a tech boom over the last several years. This is partially due to Apple’s data center and Tesla’s battery factory moving to the area. The tech corridor in and around Reno, Nevada has become a hot spot for technology drawing other companies as well. This trend will likely continue for a few reasons. Lots of available and affordable land being one factor.  It is also a fact that Nevada’s tax policies appear to be considerably more favorable to companies in the area. No corporate or individual income tax is another incentive for startups doing business in the state.

Apple is now making another large investment of $1 billion in Nevada. The company’s data center in Nevada’s Reno Technology Park will see a significant expansion. The data center is expected to double in size to accommodate the increased demand for iCloud storage. Fortune was the first to report the expansion back in February but the size of the investment is considerably larger now than what was originally reported.

Apple is also purchasing a large tract of land in downtown Reno where it plans to build a large warehouse. The warehouse will be used to store the equipment destined for the data center. They will be spending 4 million on the warehouse.

These initiatives will undoubtedly bring hundreds of new construction and operations jobs to the area. Apple’s warehouse and data center expansion projects will account for a modest increase Apple’s employee headcount in the US.

Tax abatements have been a motivation for moving these operations to Nevada.  The initial investment to build the data center in the first place was $1 billion. This gave the company $89 million in tax abatements in 2012.  They will likely see a similar benefit with this additional $1 billion investment for the expansion.

Apple, Rackspace, and Switch run the biggest data centers in northern Nevada. In addition, Google has recently purchased over 1,200 acres of land in the Tahoe-Reno Industrial Center. Apple, Tesla, and Google have done their homework and it appears to be paying off for them.