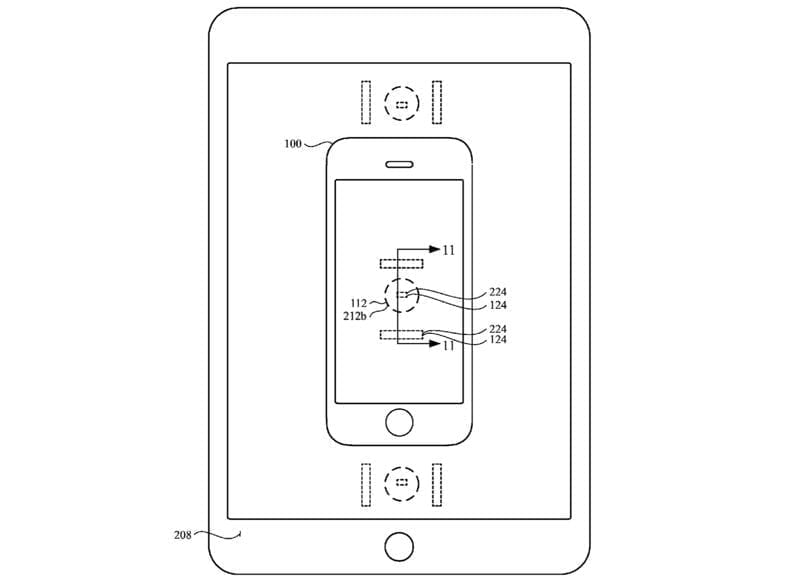 Energous CEO Steve Rizzone claims that his company has entered a deal with a very large “consumer electronic” company. This statement lead us to believe that Apple and Energous have established a contract regarding the iPhone 8’s charging requirements. However, an investor’s note originating from Copperfield Research contradicts this assumption, instead implying Apple will utilize its own wireless technology.

It is impossible to draw a full conclusion from the patent applications. However, Apple’s own opinion on its radio-based charging is straightforward. In a patent filed in 2011, Apple calls the technology “inefficient” and “not practical”. This patent, however, was filed before any talks with Energous.

“However, this type of radiative transfer is very inefficient because only a tiny portion of the supplied or radiated power, namely, that portion in the direction of, and overlapping with, the receiver is picked up. The vast majority of the power is radiated away in all the other directions and lost in free space. Such inefficient power transfer may be acceptable for data transmission. But is not practical for transferring useful amounts of electrical energy for the purpose of doing work, such as for charging electrical devices. […]

In addition, such schemes may pose hazards to objects or people that cross or intersect the beam when modest to high amounts of power are being transmitted.”

Judging from their patents, we can deduce that Apple has made a few improvements to their technology over the years. It helps us figure out how Apple could implement an in-house wireless charging solution for the iPhone 8. The patents indicate desktop charging stations, table tops with built in charging coils and even notebook or desktop computers for charging. It is also possible to see power sharing between devices. A fully charged iPhone could charge an iPad and vice versa.

Copperfield Research still believes that the Cupertino-based company had some sort of a deal with Enegrous. This allowed Apple to look into radio charging without having to pay anything.  However, they are also convinced that the tech giant will likely use its own tech for the charging in the iPhone 8.