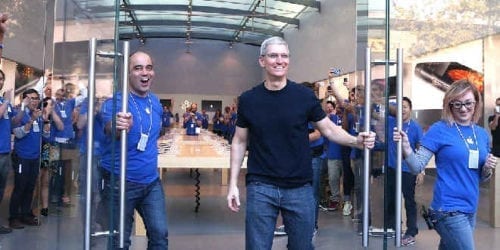 Last year a judge dismissed a class action lawsuit against Apple employees, in federal court, for wages they claimed to have lost while getting their bags checked for 15 minutes before and after their work shifts.

A California  judge in San Francisco threw out the lawsuit for what they termed to be “demoralizing” security searches.

The ruling by the judge said the company does not have to pay as many as 12,400 former and current employees from over 52 stores for the dollars lost while they were being searched during their meal breaks and after shifts.

According to the employees because the checks were compulsory, the money lost through the bag checks should be compensated for them. Experts estimated that the case could have cost Apple as many as $60 million.

U.S District Judge William Aslup said, whilst throwing out the case, that the employees could have chosen to forgo the bag checks by not bringing bags to work with them. “It is undisputed that some employees did not bring bags to work and thereby did not have to be searched when they left the store,” The judge said in court.

It was revealed earlier this year that Tim Cook, the CEO of Apple, was unaware of the lawsuit and the policy that was the issue under discussion. When he was complained to by two employees, he reportedly forwarded the email to his Human Resources executive asking ‘Is this true?’

After hearing the judgment, the employees stated that they will also explore their other options. “Plaintiffs are disappointed in the court’s ruling and are exploring their options, including an appeal,” Lee Shalov, a lawyer for the workers, said in an e-mail.

In July Alsup ruled that the ex-employees of Apple who filed the suit in 2013 could bring forward the case on behalf of all previous and current Apple Store workers who have been subjected to said searches since 2009.

The last big lawsuit related to Apple’s employment policies was when employees argued that the technology giants of Silicon Valley were conspiring to drive down the wages of the employees by refusing to hire each other’s employees.