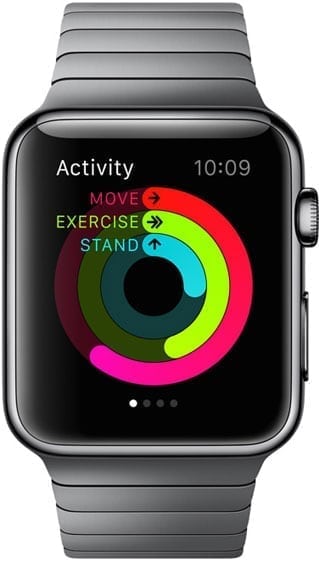 It’s approaching 4 months since Apple launched the Apple Watch, but many of those who started using it early now say that they have been motivated by this device to adapt to healthier lifestyle habits. They have not only been walking and running more often than but also playing one or more sport. This has been found by none other than Wristly, a large and independent research firm. The firm has also concluded that buyers of the Apple Watch have taken full advantage of the features pertaining to health and fitness, indicating that Apple Watch users are adopting a healthier lifestyle.

Wristly conducted a survey on 1000 individuals who adopted Apple watch quite early when it was launched. It was found that nearly 75% of the participants agreed strongly that that they have been standing more than before, 67% said that they have been walking more and 59% agreed that they are now making beater health related decisions. 57% of the participants said that they now exercise much more often. Most of the early adopters of Apple watch say they are satisfied with the health and fitness features of the device. There is a built-in Activity app in this watch and there are no less than 90% of the users who are very satisfied with this feature of the watch. Nearly 80% are satisfied with the function of heart rate sensor and the hourly stand up reminders. More than 3/4th users are very satisfied with the workout app provided with Apple watch.

Nearly similar sentiments about the watch and its features were expressed by Jim Dalrymple who has said in June that he lost nearly 40 pounds with its help. Today, after having exercised with the help of Apple watch, Jim has been able to reduce 4 pant sizes and 2 shirt sizes. He also says that this watch kept his motivation levels high during his weight loss endeavor.

Wristly has found that 86% of the early adopters are continuing to wear the watch even today. Many wear it on several days of the week while there are only 3 individuals who have stopped wearing the watch altogether. Apple watch is one of the many such devices available in the market, but it has a very high, 97% customer satisfaction rate. This is a number that made CEO Tim Cook excited as he made mention of it during the recent conference that was held to announce Q3 results.