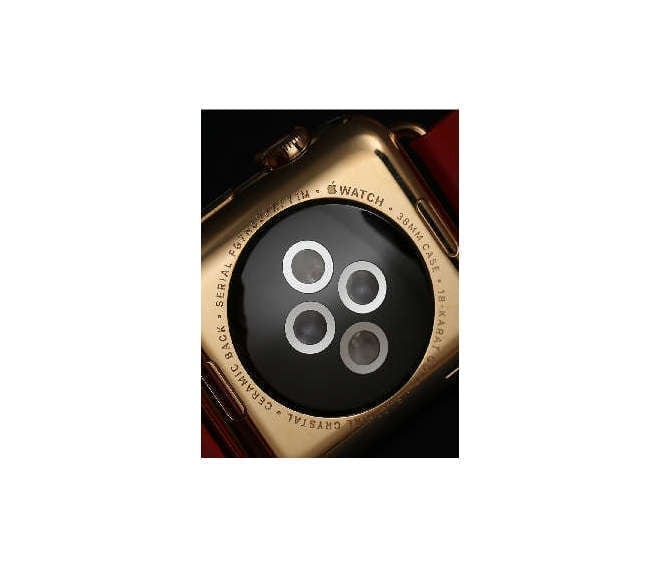 A new patent reveals Apples plan to use Apple Watch as medical equipment. Apple has published a new patent which suggests that the Apple Watch will be able to act as medical equipment that would keep track of the vital signs of the person wearing it. If there is any serious change in the vital signs the watch will alert the user’s care list that urgent care is required.

Apple’s submission for “Care event detection and alert” was published by the U.S Patent and Trademark office on Thursday. According to this patent, the Apple Watch will have a hardware embedded in it which would be able to detect “care events”. The patent describes care events as events which would require assistance from an EMT or medical professional. The device will have different scenarios programmed into it according to which an alert notification would be given to the users care list. The care list could have family members or emergency numbers of medical personnel.

The Apple Watch will be able to detect the care events through sensors and process them. Moreover, the watch will also be able to transmit the emergency alert to the user’s iPhone.

The users iPhone and Apple Watch will jointly work together to detect the care event. For instance, in the case of a care event “heart attack”; the iPhone’s accelerometer would detect an instantaneous change in the acceleration and the watch would be unable to detect the heart beat. The care events would be detected using the accelerometer, heartbeat sensors, GPS or other sensors found in iPhone and Apple Watch. The care events based on these sensors could be a car accident, heart attack or mugging.

The care list will be established by the user and will contain contact numbers for emergency personnel, family members and doctors. According to the patent, Apple will still have to refine the system to remove false alarms that could be generated. The system further needs to decide the priority of alerts sent to the care list. For example, the family members of the user should be the first ones to be informed and emergency services should only be informed if the situation is very severe or if other lower level care list recipients have not acknowledged the alert signal. However, we will still have to wait and watch when this idea will be launched into the market.

Apple medicalApple patentapple watch
Previous ArticleIs That The iPhone 6?Next ArticleThe End of Apple vs FBI