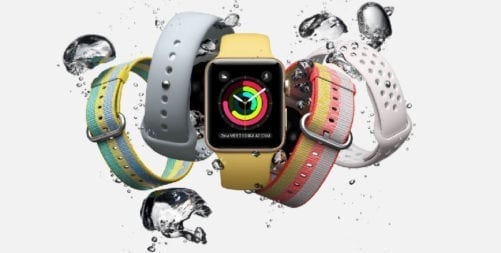 Although these are good numbers, only 800,000 of these are estimated to be Apple Watch series 3. Most likely this was due to several issues. First being limited availability since the demand surpassed the supply. Another issue affecting the number of units sold is explained by Jason Low, a Canalys Analyst who said,

“Strong demand for the LTE-enabled Apple Watch Series 3 has dispelled service providers’ doubts about the cellular smartwatch not appealing to customers,”

Initially, service providers were not expecting much in regards to demand. They underestimated their customers desire to signup for an Apple Watch LTE plan.

In spite of all these challenges, Apple Watch has captured the largest share of the wearable band market which is 23%. Xiaomi captured 21% and Fitbit 20%. With no more supply issues and with the inevitable resolution of the eSim issue in China, and the fact that we are entering into the holiday shopping season, Apple Watch series 3 should do rather well in the 4th Quarter. Of course, we will have to wait and see but it sounds like a pretty good bet.