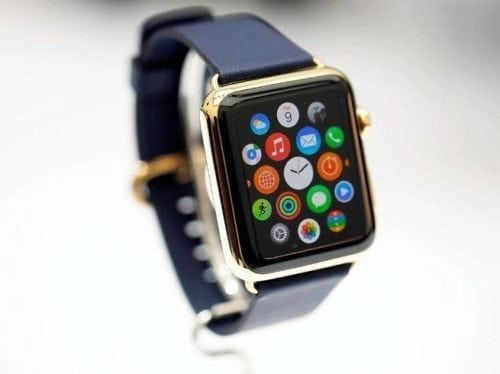 Earlier, a report by Reuters claimed that Apple Watch sales were performing poorly. However, Apple responded by dismissing such claims. Initially, it was reported that the Apple Watch sales were down by 71% than last year. This came as a shock to most because Apple had been working hard at promoting the device. Moreover, it even showed positive statistics and feedback.

Tim Cook claims that the Apple Watch has been the best product this quarter and doing well in sales.

In An Email Exchange With Reuters

“Sales growth is off the charts. In fact, during the first week of holiday shopping, our sell-through of Apple Watch was greater than any week in the product’s history. And as we expected, we’re on track for the best quarter ever for Apple Watch”

Apple Watch sales are listed within their other category and the company has yet to tell how many units of the device have been sold. We shouldn’t expect any sales figures and statistics from Apple anytime soon either. The company won’t announce them until sales of the device become significant. As when confronted about sales data, Tim Cook refused to respond.

Apple Watch, Not A Good Idea?

Analyst Bob O’Donnell of TECHnalysis Research noted, Apple also lowered the price of the gadget this year. He believes this was done to potentially help the holiday sales in contrast to previous years. O’Donnell is also skeptical of the overwhelming demand for smartphones in the market as consumers haven’t shown much interest in this device. Speculating if it was smart for Apple to start a smartwatch line in the first place.

Furthermore, he said, “While I’m not surprised that there is a good week, there are still, I think, significant concerns about the category.”

But it is still premature to judge the performance of Apple Watch until we have clear sales figures and data.