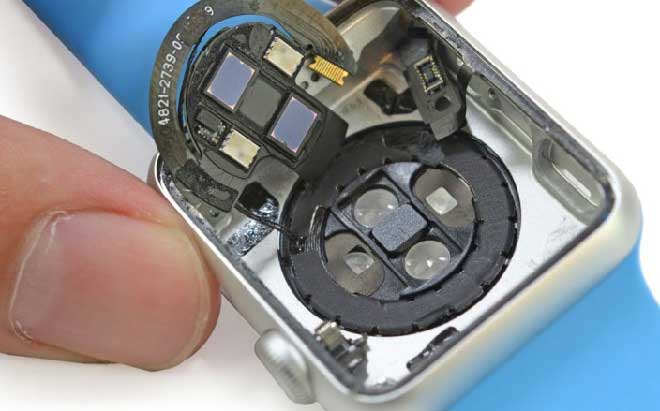 Now that the Apple Watch has started shipping out to the public, more and more liberties can be taken with the testing and the ‘getting under the hood’. We already knew that the Watch sported a heart-rate monitor. But as it turns out, it’s a pretty sophisticated sensor that is actually also capable of acting as a pulse oximeter, hence effectively allowing you to measure blood oxygen levels in your body. 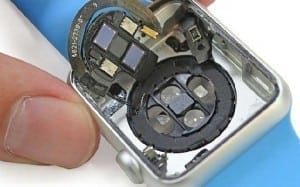 A pulse oximeter is a non-invasive device used to calculate oxygen saturation. This is done by measuring how much infrared light is absorbed by the blood, and in most cases is pretty accurate. As it happens, the on-board heart-rate monitor is quite sophisticated, capable of monitoring the amount of infrared light absorbed. This data is quite useful for health and fitness monitoring.

Unfortunately, the functionality is not currently enabled in the watch. As noted by iFixit who originally tore-down the Watch to reveal this information, there could be a couple possible explanations as to why Apple decided not to currently display this data in the Watch.

First off, a standard pulse oximeter is pretty accurate as far as the measurements are concerned. But there is no knowing how accurate the sensor on the Watch is. So it might just be that Apple hasn’t yet achieved the necessary accuracy and reliability from the sensor. If this is indeed the case, we’ll need to wait for a second- or third-generation Apple Watch to take advantage of this capability.

The new generation of Apple products this year is pretty health-centric. So another possible explanation could be that Apple is awaiting approval of the FDA (Food & Drug Administration) for the usage of this sensor. If that turns out to be true, then it’s possible that a software update could later enable the feature for existing first-gen Apple Watch owners. It is the job of the FDA to regulate health-related products, and has stated on the on record that it intends light-touch regulation of fitness-orientated wearables, but is likely to apply stricter standards to those features which veer more toward the medical diagnosis end of the scale.

What do you think about this new hidden feature in the Apple Watch?