It is here! The much-awaited Apple Watch has finally been revealed, much to the delight of many – and the dismay of a few. It confirmed many of the rumors going around prior to its release. But now that it has finally been unveiled, let’s talk about what you can expect from the Watch.

According to Apple, the Watch is the “most personal device” they’ve created that’s not just with you, but on you. It features customizable watch-faces that let you add many details such as the day, date, world clock, stopwatch, next meeting, etc.

As expected, the Watch contains a Microphone and a speaker for making calls right from your wrist! The side button brings up your friends that you can call, text, send a sketch and more.

The first part of Apple’s event was dominated by talk about how Apple is working on health and lifestyle. So it naturally follows that the Watch contain fitness tracking sensors and apps. The Watch tracks your daily workout and movements, and then show the data in detailed metrics. Fashion model Christy Turlington became the first person to endorse the watch after she finished a half marathon wearing an Apple Watch. 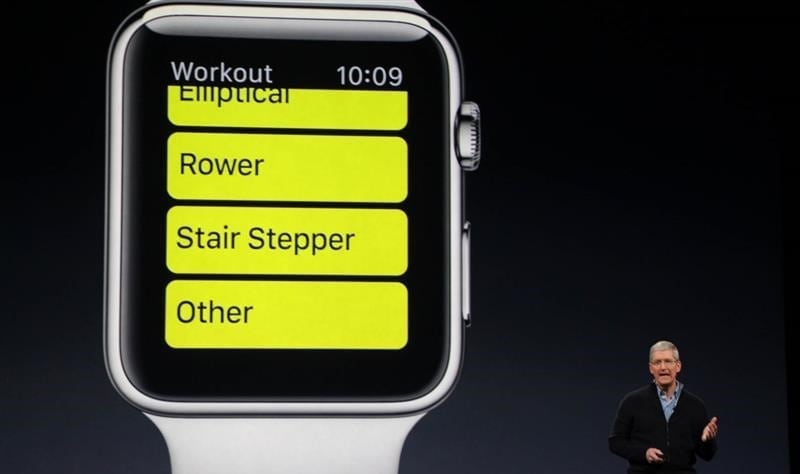 The Watch has a power button, double tapping which will bring up Apple Pay. Apple didn’t hesitate in boasting about it, and according to Tim Cook, more than 2,500 banks now support it. Since a Watch is much more accessible outdoors, I’m thinking this would be an important feature to have on your Watch.

Most of the controls are as we expected them to be on the Watch. Siri works with voice-activation as well as with holding down the digital crown. Your photos, music – everything is only a voice command away with Siri. Daily news from social networks and notifications from your iPhone can be had right on your wrist!

You can use your watch for a number of daily interactions. Checking in on a flight, unlocking a hotel door, listening to music along with its lyrics on Shazam, unlock a garage door, and a lot more!

Developers can use the Watch Kit to build apps for the Apple Watch. Right now, the Watch will work with an iPhone running iOS 8.2.

Apple promises a battery life of 18 hours for the Watch, which is realistic when you look at some of the Android competition. The charging port is magnetic, much like the one you have on the Moto 360 smartwatch.

As expected, the Apple Watch Sport will set you back $349 for the basic version, and $399 for the larger one. It is mostly made of an Aluminum alloy built by Apple itself!

The stainless steel version will cost between $549 and $1049, depending on what size/design/color you get it with. The Apple Watch Edition, the premium limited-edition product will set you back $10k. Why aren’t we surprised?

Release Date: Pre-orders for the Watch will begin on 10th April, and it will available in stores from April 24.

Of course, this wasn’t just an Apple Watch event. Apple announced a multitude of other products and services as well. We’ll update this article as the reviews go up. In the meantime, let us know what you think about this Watch in the comments section below! Would you buy it over an Android smartwatch, considering you can now use Android smartwatches with an iDevice?