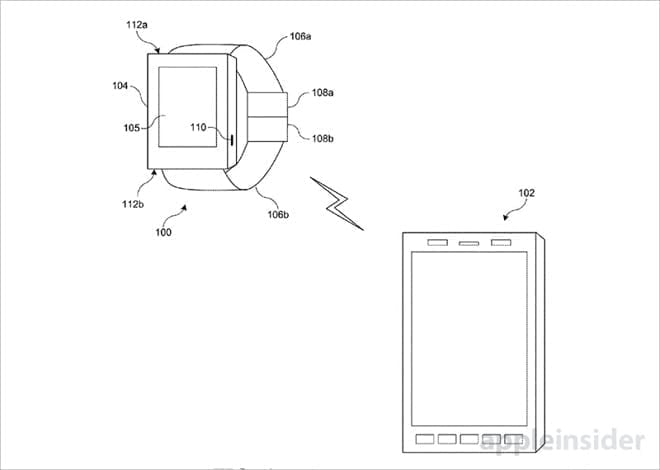 A patent application was published a few days back which illustrated a system by which the Apple Watch can regulate iPhone alert audio levels.

Apple’s “Volume control for mobile devices using a wireless device” is an application filed in the United States patent office whose purpose is to use the Apple Watch to automatically adjust the iPhone’s alert volume by comparing levels of ambient sound. This system could be employed in noisy environments where alerts would need to be louder to reach the user and in the reverse situation where it would be convenient if alerts did not create a disturbance in quiet areas. The Apple Watch being positioned on the user itself means that it would better judge sound levels than if such a device was placed in the phone itself. The mechanism would basically work via the Apple Watch determining ambient sound levels at regular intervals or when prompted so it can make an adjustment based on the information it gathered from the environment.

The data collected by the wearable device can also be used to determine whether or not the phone is tucked away in a pocket, in a bag or in any way in a position where the alert would be muffled and not heard by the user. In some versions, the iPhone sends a signal to the wearable device before sounding an audible alert. The Watch receives the signal and uses the data by comparing it against ambient sound levels to judge the loudness of the alert that should be used. This analysis is based on previously judged against a database of sound and preset thresholds. Signals are then sent based on this analysis to the phone so it can adjust its volume levels.

Apple’s iPhone monitoring Apple Watch patent application was first filed for in 2014 with David J. Shoemaker and Eugene Dvortsov as the inventors of the technology.