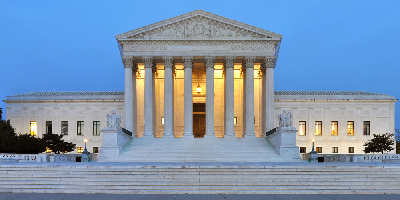 The United States DOJ (Department of Justice) today insisted on the Supreme Court to overturn an appeals court ruling that was in Apple’s favor and send the Apple vs Samsung case back to trial court, reported Reuters.

It is starting to feel like a never-ending patent battle; the Department of Justice today filed an amicus brief regarding the ongoing case between Apple and Samsung. Back in December, it was announced that Apple and Samsung had reached a $548 million settlement, but shortly after that Samsung asked that Supreme Court hear an appeal of its case, saying that the lower courts misapplied the design patent law.

“In its amicus brief on Wednesday, the Justice Department said it was unclear whether Samsung had produced enough evidence to support its argument that phone components, not the entire phone, should be what matters when calculating damages.

The Supreme Court should send the case back for the trial court to determine whether a new trial is warranted on that issue, the Justice Department said.”

Despite Apple’s efforts to get the Supreme Court to deny Samsung’s request, the court agreed to hear Samsung’s appeal. Samsung, which claims it, has been hit with “excessive penalties” for allegedly duplicating the design of the iPhone. Samsung has been fighting a 2012 ruling that determined Samsung willfully infringed on Apple patents.

The appeals court, however, upheld Samsung’s infringement of the iPhone’s patents, including those related to the designs of the iPhone’s rounded-corner front face, bezel and the colorful grid of icons.

Samsung has already paid Apple the $548 million in damages it was asked to, but a change in ruling could see the Cupertino-based company having to return some portion of the money back to the Korean company.

Let us know what you think of this ongoing legal battle in the comments section below.