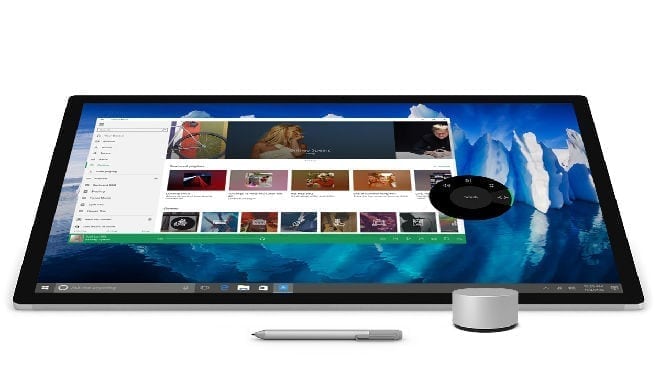 Apple vs. Microsoft for Creatives

Apple has always been known for its creativity and the functions it lets its users perform on different Apple devices. It has always provided creators with the tools they require for being productive. This reputation is still present but has diminished quite a bit as of late. Apple earns around 60% of all its profits from its flagship device, the iPhone.

Due to these outstanding figures, Apple pours most of its time and effort in the developing newer and better models of the phone and some argue that the other devices are being neglected. One of those devices is the iMac. The whole world is moving towards touch screen but Apple still won’t give in to that yet. It did introduce a touch bar at the top of the keyboard rather than adopting the immersive touch environment and does not show any plans to do so anytime soon.

“Historically, the creative professional market has been very important to Apple, and to the Mac platform specifically,” Hansen Hsu, curator of the Center for Software History at the Computer History Museum, tells The Christian Science Monitor in a phone interview. “When the original Macintosh came out in 1984, it actually had trouble gaining traction in market until Apple’s LaserWriter [printer] and Adobe’s post-production software came out.”

“The creative professional market drove the high end of Mac hardware sales, which in the ’90s provided Apple with most of its profit,” Dr. Hsu says. “It was this market that kept Apple alive during its darkest years, from 1995 to 1997.”

On the other hand, Microsoft for creatives like the Creator’s update and the Surface Studio have taken their level of creativity to something that was not expected of them. They follow the “every user is a creator vision” paired a long productivity history with a strong pitch to be the platform for creatives of every level.

The tools that Microsoft has introduced to facilitate this vision are impressive in their ability to engulf a user in the creative process. According to Microsoft Surface Division head Panos Panay, the goal of the 28-inch Surface Studio is to provide a truly immersive environment.

“Apple watchers look at this and think, ‘Well, clearly Apple isn’t focusing on that market anymore,’ ” Hsu says. “They feel like they have been forgotten because things like the Mac Pro have not been updated.”

This provides Microsoft the perfect opportunity to grab a strong footing in the industry. The latest surface dial accessory allows the user to switch between different controls with a lot of ease.

“The Surface Studio looks like the kind of device Apple has been known for: fresh and bold in its design, and geared toward creative professionals,” Seth Lewis, a professor of journalism and media innovation at the University of Oregon, tells the Monitor in an email.

Both the companies have a different approach towards the touch feature. Microsoft for creatives aims to put users as close to their content as possible by providing an immersive digital experience. Apple, on the other hand, seems more targeted towards making the application controls more accessible and efficient. However, with the new Surface Dial, it is possible that Microsoft can achieve that same task more efficiently.