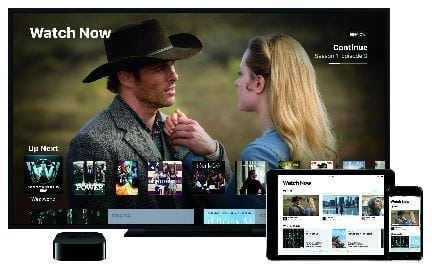 Here’s an Apple TV update according to recent reports. Apple has hired ex-Amazon Fire TV executive, Timothy D. Twerdahl. Bloomberg reports that Twerdahl will lead the Apple TV business allowing other executive members to shift their focus elsewhere. Apple is aiming for the development of the Apple TV, and this seems to be a forward step.

Apple affirmed that the Amazon executive was employed this month. Twerdahl will be answerable directly to Greg Joswiak, Apple Vice President. In addition to working with Amazon since 2013, Twerdahl has also served Roku and Netflix as an executive.

Apple CEO, Tim Cook, talked about Apple TV in Apple’s latest earnings call. He mentioned that updates and features will soon be added to the Apple TV, but did not present any details. Furthermore, the CEO claimed that the cable industry is undergoing a complete reorganization. He elaborated that this is mainly due to the “breakdown of the cable bundle.”

“We started the new Apple TV a year ago, we’re pleased with how that platform has come along. We have more things planned for it, but it’s come a long way in a year, and it gives us a clear platform to build off of.”

Apple’s appointment of an Amazon Fire TV executive will expectedly be seen with suspicion. Firstly, because the Fire TV was not able to gather much success overall. Secondly, Apple and Amazon have previously had clashes over Amazon selling the Apple TV on their website.

This Apple TV Update shows that Apple’s focus is on the Apple TV, as Tim Cook’s statements also suggest. While it is currently unclear how Twerdahl’s joining will affect Apple TV, Cook’s recent attention towards it is very promising. Just a few months away and then we can really predict what the future holds for Apple TV.