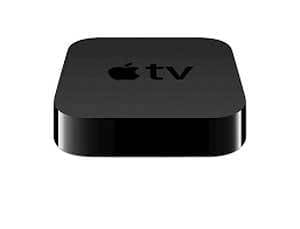 Recent data released by Parks Associates suggests that Apple TV currently is the fourth most popular streaming media device. Roku, however, is the most popular streaming media device manufacturer with 34 percent of the market. Apple held the third-place spot in 2013, but recently Apple TV has been relegated to the fourth spot thanks to the release of the Fire TV and Stick in 2014 compared to Apple which has been selling Apple TV since 2007.

Apple TV’s fall from third to fourth in 2014 may be attributed to the introduction of Amazon’s Fire TV and Fire TV Stick, which has now occupied the spot previously held by Apple. Apple is expected introduce a new Apple TV during an event on September 9th. The new  device should feature new hardware and software along with a new remote and more which is likely to also dampen sales of the currently available device.

Roku is the most used device with 37 percent of households regularly using a Roku box with Chromecast holding 19 percent of the market with Fire TV and Apple TV at the lower end of the top 4. A report from Strategy Analytics shows that The Amazon Fire TV devices, both the stick and Box outsold Apple TV, Roku, and the Google Chromecast during early 2015. There are a few likely reasons for this. Apple has sold over 15 million of its Apple TV boxes since its debut but despite its reach, Apple TV has struggled. We should keep in mind, however, that Apple hasn’t released a new version of its Apple TV since 2013, so the market trend may have shifted in favor  of newer offerings from Amazon and Roku since then.

The project was called an expensive  “hobby” by late Apple CEO Steve Jobs, the device is truly the biggest miss in the Apple line-up. The iPhone, which has been available for roughly the same amount of time as the Apple TV, has outsold it 25-to-1.  The iPad in even lesser time has outsold it roughly 10-to-1. Google’s Chromecast stick knocked the Apple TV down to number three. Apple TV is still in front  of Amazon’s Fire TV and Fire TV Stick, although the Fire TV Stick has just hit the market.