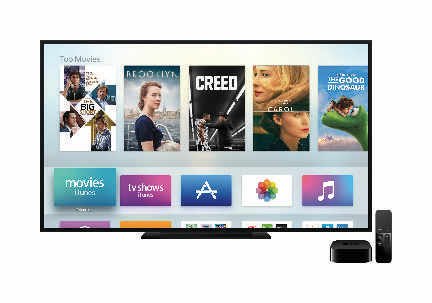 Apple has dipped its toes in original programming with projects like the Beats 1 radio station, but there has been a lot of speculation around whether the company will ever produce its own media content as both Amazon and Netflix have shown it can be very lucrative, launching many successful independent television series in recent years.

According to a contributor report from The Street, Apple is now looking to take that jump. It wants to produce original TV shows as exclusive content for its iTunes library offerings, according to the report, having spoken to ‘members of the Hollywood creative community’ late in 2015 during the Sundance festival. These new TV shows could form part of a future Apple TV cable subscription service.

The report states that “The Cupertino-based tech giant began sounding out Hollywood’s creative community late last year, but has yet to sign any agreements, according to two people with knowledge of the overtures. One plan is to have deals in place so Apple can announce exclusive content as part of a cable-like offering in September when it is expected to unveil its iPhone 7, said one of the people.”

According to the latest scuttlebutt, as relayed by Fast Company, Apple hosted invitation-only events at The Imperial Hotel in Park city, Utah during Sundance to discuss its future plans with filmmakers and other industry insiders. One source said the company is seeking out “triple A-list” talent for a series of shows to be marketed exclusively through Apple TV and iTunes.

Apple’s discussions with Hollywood executives are being led by iTunes chief Eddy Cue, and Robert Kondrk, vice-president of iTunes content, according to the report. In a recent interview, Cue said customers should be “able to buy whatever they want, however, they want,” and he used the App Store as an example of how Apple provides users with multiple ways to purchase content.

Another report said Cupertino is taking a “two-lane approach” to original programming. One lane is dedicated to a series of short films, music videos, and documentaries related to the music industry that will help promote Apple Music. The initiative is already underway, with Taylor Swift’s exclusive concert video release in December and the recent announcement of a scripted TV show featuring Beats executives Dr. Dre and Jimmy Iovine called “Vital Signs.”

The second prong, sources say, is a secretive push for original TV series along the lines of shows produced by Amazon and Netflix. Instead of building out its library one show at a time, however, Apple is reportedly looking to debut multiple series at once, a more aggressive approach that could instantly propel Apple TV into a must-have platform. Other reports have signaled Apple’s interest in buying Time Warner, owner of HBO which makes Game of Thrones and other popular TV series. An acquisition of HBO would certainly give Apple a head start in producing its own content.