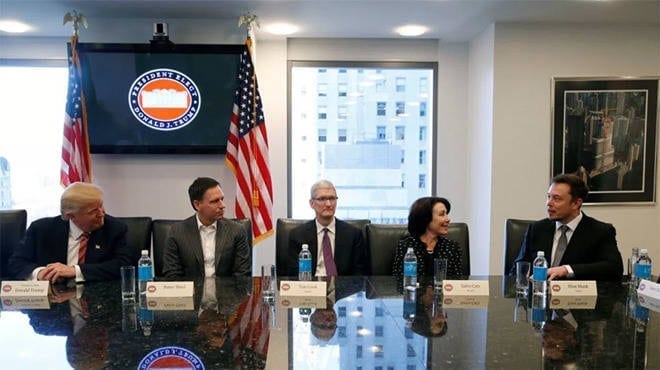 The time to swear in the newly elected President of the United States is almost here. But a lot of tech giants are rallying to take a stance against one of Donald Trump’s policy plans. One of the most controversial is, making a Muslim registry of all the Muslim inhabitants of the United States.  Many feel this is bigoted and should not occur.

Apple has been a vocal advocate of equality. Furthermore, the company publicly promotes diversity in the workplace. As a matter of fact, people at Apple were disgusted at the idea of generating and maintaining a list of users based solely on their religious beliefs. An Apple spokesman said:

“We think people should be treated the same no matter how they worship. What they look like. Who they love. We haven’t been asked and we would oppose such an effort.”

Nonetheless, during his campaign, Trump proposed building a Muslim registry of all Muslim Americans. Maybe all this will be done with the help of tech companies and other services providers. In an apparent bid to curb what he framed as “radical Islamic” terrorism on U.S. soil. However now, both Trump and his team have seemingly distanced themselves from the initiative. If true, this is a step in the right direction.

In the meantime, a pledge was signed by the employees of Apple, Google, Amazon and others as a response to this proposition.

The Pledge Goes On To Say…

“We are engineers, designers, business executives, and others whose jobs include managing or processing data about people. We are choosing to stand in solidarity with Muslim Americans, immigrants, and all people whose lives and livelihoods are threatened by the incoming administration’s proposed data collection policies.We refuse to build a database of people based on their Constitutionally-protected religious beliefs. Refuse to facilitate mass deportations of people the government believes to be undesirable.”

It’s noteworthy that Apple since the start has had a distaste for the incoming government. All things considered, statements like these prove that this rivalry on ideological basis will continue.