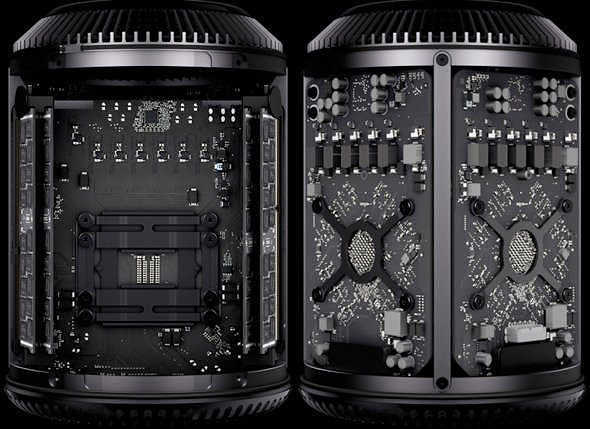 Do you own a Mac Pro 2013? Are you facing trouble while watching videos? Does your video freeze or does your Mac Pro restart by itself without any reason? You may just qualify for replacement of your broken video card for free since Apple has announced a repair program for certain models of Mac Pros 2013.

To qualify for the program, you need to own a 2013 Mac Pro operational with an AMD Fire Pro D500 GPU  or D700. A few common problems that will arise in you Mac Pro due to a damaged video card are having trouble playing a video, experiencing distorted video, device restarting without any reason or device having trouble starting normally. If you may face any of these problems you may qualify for a free replacement of your GPU. You can be a part of this program till 30 April 2018.

To make sure that your Mac Pro qualifies, you can contact Apple support or speak to a representative from the Apple Store. However, Apple will itself contact you too. If you qualify for the program you will be entertained by an Apple Authorized Service Provider to fix your Mac Pro.

For other Apple products, however, it is highly unlikely that Apple will repair them for free since apple repairs those product models in which the problem is intrinsic. Apple usually replaces these affected devices by announcing publically or by reaching out to you themselves.

At the end of January 2016, Apple decided to replace faulty chargers and this announcement for replacement of faulty GPUs is the second time they have announced replacement in 2016, but it does not happen that frequently.

Sometimes, Apple replaces the device altogether such as the replacement for users of iPhone5 which had a power button that was prone to failure. But, often you need to go down yourself to Apple and demonstrate to them that the problem you are facing is inherent and did not occur due to normal usage of the device. If your problem is due to normal usage you will have to rely on your warranty to get your problem fixed.