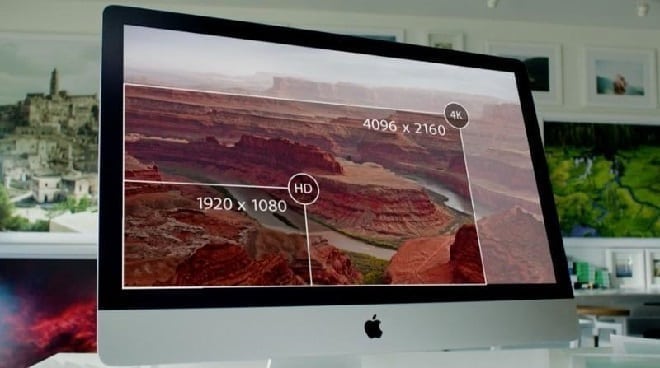 Screen display resolutions have come a long way over the past few years. The full HD (1080 x 1960) resolution has been around for some time and was widely accepted as the standard until Quad-HD, or 4K resolutions came along. Although still pretty rare, they are catching on quick. It seems that Apple wants to stay ahead of the game, and with its display partner LG, is rumored to be working on the iMac 8K, which as the name suggests will sport an 8K resolution.

The rumor started when last week, Apple’s display partner LG published a piece on 8K resolutions, predicting that this new specification will be the future standard. 8K monitors have already been showcased at CES Las Vegas by none other than LG. So you need to take it seriously when LG accidentally lets slip that Apple is working on an 8K version of the iMac.

It has become clear that Japan is planning to launch an 8K SHV test broadcast and then promptly restructure the UHD service. Apple has also announced that they will release the ‘iMac 8K’ with a super-high resolution display later this year. Korea is also preparing to offer an 8K service demonstration at the 2018 Pyeongchang Winter Olympics. LG Display displayed a new beacon of the 8K era by revealing their 98-inch 8K Color Prime Ultra HDTV at CES 2015.

You might be wondering when did Apple announce an iMac 8K as claimed by LG? Well, that’s the thing. Apple hasn’t 🙂 Apple has made no such announcement and has not publicly indicated that any such iMac is coming this year.

Now this might just be an error on LG’s part, but it’s also possible that the company, which has been one of Apple’s main display suppliers for years, has some insight into Apple’s roadmap. Regardless, a major manufacturer such as LG claiming that Apple is working toward 8K displays is interesting.

8K displays will start becoming mainstream and hitting the marketplace by 2016, so it wouldn’t be surprising for Apple to get ahead of the game in this year and to already have such screens in its Research and Development labs. As to what’s true and what’s not, only time will tell. Keep watching this space as we will keep you updated with further developments.