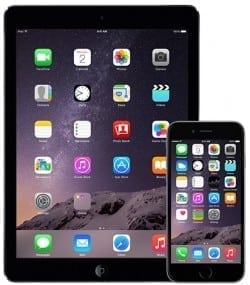 On 16th October, an American federal jury ordered Apple to pay over $234 million to the University of Wisconsin due to illegal usage in iPhones and iPads of the technology patented by the university.

This is only one of several of the battles the Cupertino-based tech giant is embroiled in currently. The jury in Madison District Court, Wisconsin.  had previously ruled that some of the devices of the company use chip technology patented by the University of Wisconsin in 1998. Apple has however argued that it’s own patents cover the technology in it’s devices and stated that patent of the University are all invalid. On Thursday, Judge William Conley, who was presiding over the case ruled out willful infringement by Apple and thereby reduced the damages.

Apple plans to not take this all lying down, however, and the company has decided to appeal the decision in the Unite States’ Court of Appeals for the Federal Circuit (which handles all intellectual property cases). This will take almost 18 more months, however.

The A7, A8 and A8X processors which were used in the iPhone 5s, 6 and 6 Plus and some iPads were the objects of the issue suspected of  intellectual property infringement. Professor Gurindor Sohi said of the patent “We believed our technology was ahead of its time, Almost two decades ago we tried to anticipate how computers would need to operate today. Our team invested the equivalent of more than 11 years of work to solve this problem.”

The university has shown itself to be quite aggressive in enforcing the patent which was developed by a few professors and graduate students. A spokesperson for the University of Wisconsin said “it is a serious matter for us to undertake litigation to protect the UW’s patented inventions.” The school had also previously sued Intel Corp. in 2008 on the same issue. The parties however settled the case out of court.