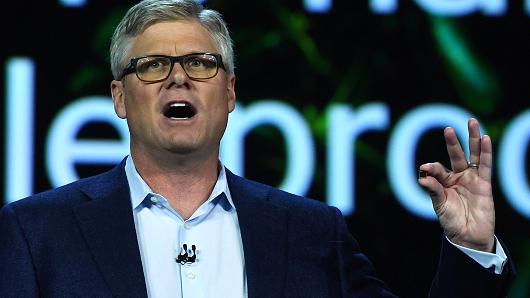 Qualcomm is and has been the largest chip supplier to major phone companies throughout the world. Its consumers include heavyweights like Apple. This week Apple sued its supplier. Apple sued the chipmaker, accusing them of

“of resorting to anti-competitive tactics to maintain a monopoly over key semiconductors in mobile phones”.

Qualcomm supplies wireless chips that enable them to connect to wireless networks. Almost 40% of their revenue is generated by Samsung and Apple alone. In the lawsuit filed in U.S. District Court for the Southern District of California, Apple accused Qualcomm of overcharging for chips. Furthermore, Qualcomm refused to pay Apple some $1 billion in promised rebates.

Apple basically accused the San Diego-based company of forming a monopoly on wireless chip technology. In its lawsuit, Apple accused Qualcomm of refusing to license the technology to other manufacturers to prevent them from making the chips.

Additionally, Apple also claims that the chip supplier forced Intel, the only competitor making LTE chips used in iPhones, out of the market. By using various telecommunication companies to not support Intel chips.

Apple Said In Its Lawsuit:

“If that were not enough, Qualcomm then attempted to extort Apple into changing its responses and providing false information to the KFTC in exchange for it’s release of those payments to Apple.“

In response, semiconductor and telecommunications equipment company is refuting Apple’s claims by stating them as baseless.

“While we are still in the process of reviewing the complaint in detail, it is quite clear that Apple’s claims are baseless. Apple has intentionally mischaracterized our agreements and negotiations. As well as the enormity and value of the technology we have invented, contributed and shared with all mobile device makers through our licensing program. Apple has been actively encouraging regulatory attacks on Qualcomm’s business in various jurisdictions around the world. As reflected in the recent KFTC decision and FTC (Federal Trade Commision) complaint, by misrepresenting facts and withholding information.”

The case is still at an early stage. No one can make judgments at this point, not unless all the facts are on the table.