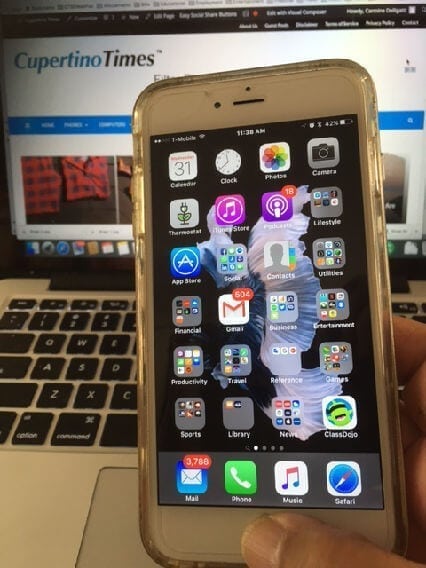 iPhones around the world are dying in a queer way. “Touch Disease,” is the name given to this new malfunction. A large number of  Apple’s flagships iPhone 6 and 6 Plus users are encountering it. Touch Disease starts with the screen becoming unresponsive and a grey bar appears at the top of the display. This can be cast out temporarily by manipulating the phone in a particular way (a bit like beating on the TV). The problem is Touch Disease is in essence, ultimately lethal.

Touch Disease is apparently related to the touch-screen chip’s connection to the iPhone’s logic board. The problem happens when the iPhone is compromised by being bent or under pressure. Many users that encountered the problem have been turned away by Apple Customer Support. As iPhone’s one-year warranty had expired.

Lawyers are representing the three Apple smartphone owners named as plaintiffs in the litigation. The US District Court for Northern California asked that the case should be acknowledged as a class-action lawsuit. In this way, it can apply to anyone in the United States who has bought an iPhone 6 or iPhone 6 Plus.

“Apple has long been aware of the defective iPhones. Yet, notwithstanding its longstanding knowledge of this design defect, Apple routinely has refused to repair the iPhones without charge when the defect manifests. Many other iPhone owners have communicated with Apple’s employees and agents to request that Apple remedy and/or address the Touchscreen Defect and/or resultant damage at no expense. Apple has failed and/or refused to do so.

As a result of Apple’s unfair, deceptive and/or fraudulent business practices, owners of the iPhones, including Plaintiffs, have suffered an ascertainable loss of money and/or property and/or value. The unfair and deceptive trade practices committed by Apple were conducted in a manner giving rise to substantial aggravating circumstances. ” the civil complaint read.

The plaintiffs are being represented by the law firm McCuneWright. They are clearly in a hunt to expand the suit to anyone who bought one of the defected phones. Whether that happens is up to the judge, of course.