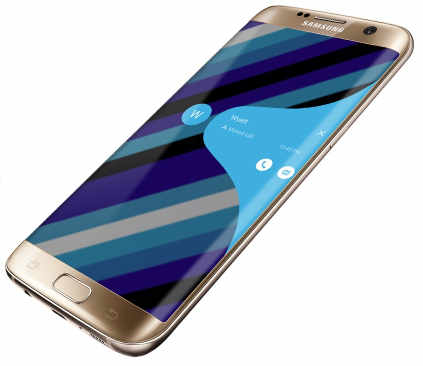 According to recent news, Apple is struggling to try to catch up with the numbers for the Samsung OLED display. This news was presented by Brooke Crothers of Forbes.com as part of some information he has received from the CEO at DisplayMate Technologies, Mr. Raymond Soneira.

In recent days, we have been reporting on Apple’s increasing interest in an OLED display for it’s iPhone. It seems that Apple was going in the right direction. The change is still not expected to happen before the release of the iPhone 7s which will probably be in the fall, 2017. This may be a fairly harmful decision for the currently top selling smartphone  as OLED are now being preferred over LCDs by many.

“The Apple Watch has a flat screen but uses an LG flexible OLED because it results in a smaller and thinner watch — the same would hold for an iPhone,” Mr. Soneira was quoted as saying.

Additionally, the current curved screens of the Galaxy S7 and S6 edge are both evidence of the fact that future smartphones might not be solely flat and two dimensional. Mr. Soneira said about this that this kind of design change will now lead to a distinct change in the design of the smartphones in the future. According to him it will lead to “flexible, bendable, and foldable OLED display screens,”

As Samsung is currently the only mass and leading manufacturer of OLED displays Apple is going to rely on it to supply the screens.

According to Mr. Soneria the switch from the LCD technology to OLED technology can not be done all at once, even for Apple as Apple’s consumers might not be willing to wait for a two year period for the tech giant to churn out a smoothly functioning OLED screen for the iPhone.