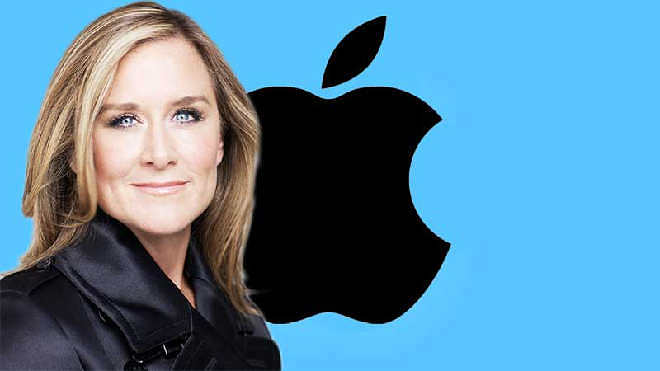 Apple’s Angela Ahrendts made an appearance at the innovation festival. In 2015, Apple saw retention of eighty-one percent of their Apple Store workforce. When prompted on the subject Angela Ahrendts commented that employees are bound by a strong sense of community.

“I don’t see them as retail employees. I see them as executives in the company who are touching the customers with the products that Jony [Ive] and the team took years to build,” Ahrendts said. “Somebody has to deliver it to the customer in a wonderful way.”

In the interview she spoke on how she felt that a strong foundation was already laid before her arrival. The corporate culture that Apple has worked so hard to develop has what has made it into a world leader. This culture is based on the tenets of pride, protection and values. Ahrendts herself needed time to recognise this. She also spoke of how her job at Apple allows her to serve all sorts of people and a much larger team than before.

The better part of her first year at Apple was spent visiting Apple’s fourty plus retail locations and really getting a sense of the way the company and it’s employees interact. She also noted on Tim Cook’s impact on the direction of the company. Apple has chosen now to get more involved in social issues. According to her, the company was built to change people’s lives and the CEO has now given them a responsibility to leave the company better than they found it. She believes that big isn’t good unless big does good.

It is interesting to note that even part-time employees at Apple are given stock in the company. This is because it is much more cost effective to retain staff then to have to train and assign new people in the organization. When she first arrived she had said that Apple was a flat organization which meant direct communication was possible despite the large staff size. Even now, employees can e-mail her their concerns. You would be hard pressed to find this sort of interaction between staff and executives anywhere else.