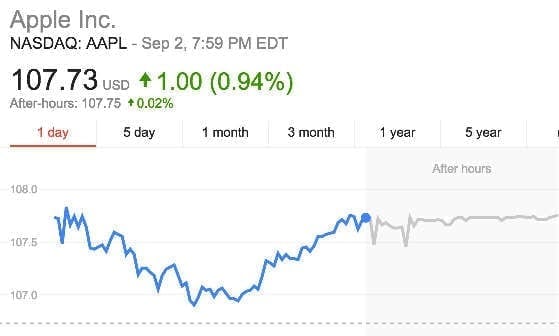 With all the lawsuits and litigation Apple finds itself dealing with on a regular basis, it’s hard not to wonder how much the company can withstand financially.  Apple has had to pay amounts that total more than the total worth of most companies, yet they keep on ticking.  In light of the challenges Apple has faced this past year, some market analysts have suggested to their clients to sell their Apple stock. This may be the correct strategy for some companies but not Apple. I’m not an analyst but my gut, which I trust completely tells me to hold on to your Apple stock. Apple is days away from announcing new versions of its flagship products and the holiday season is fast approaching.

In an interview with The Street, CNBC analyst Jim Cramer reported that expectations are low for Apple’s new announcement on September 7.  Interesting to note that Cramer remains a strong advocate for Apple products. That is to say that he’s not concerned about the low expectations for Apple’s announcements at the September 7th Event. In fact, Cramer has said, “Apple’s chart is the worst in the book, but I’m not selling”.

In light of the news that the European Union is slapping Apple with a $14.5 billion tax bill, Cramer still feels that Apple is a stock you own and not trade. He also saw it coming and remains unshaken by the news.

Apple is not a one-trick-pony. In addition to its hardware the company’s services business is alive and well. With a billion customers it’s hard to imagine that Apple’s challenges are cemented and will never recover.  The company sells innovation. And they are very good at it.  I for one have a lot of faith in this company and only see promise for the future. With the Apple campus nearing completion I feel confident great things will continue to come from this giant of innovation.