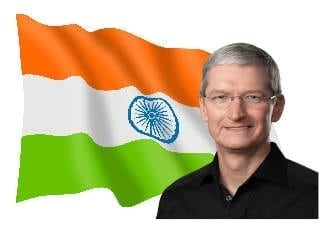 It’s no mystery India has always been a very lucrative market for Apple. Selling millions of Apple devices each year and generating promising revenue. So it was not much of a surprise when Apple decided to set up a factory there. According to credible reports, Apple is now seeking financial incentives before setting up Indian a manufacturing plant.

“They are doing their due diligence from quite some time. The Department of Industrial Policy and Promotion will write to both the departments regarding this communication for their views.”

Apple’s initially had requested relaxing the 30 per cent domestic sourcing norms but in May India’s Finance Ministry rejected it. This was sought by the iPhone maker as a pre-condition for bringing in FDI to set up single-brand retail stores in the country.

The company had sought exemption on the grounds that it makes state-of-the-art and cutting-edge technology products for which local sourcing is not possible. The Indian government had also turned down the firm’s proposal to import refurbished phones and sell them in India.

Currently, the tech giants could receive compensation under the Modified Special Incentive Package Scheme. This scheme along with other perks provides subsidies if a company sets up shop in one of India’s “Special Economic Zones”. The scheme provides financial incentives to attract investments in the electronics hardware segment.

Since the Cupertino-based company currently operates just one factory of its own, located in Ireland, Indian manufacturing would presumptively be under Foxconn. Other than that, its products are manufactured in six countries including Korea, Japan, and the US.

India requires companies to sell 30% of locally sourced goods. However, Apple doesn’t have to meet the requirements for at least three years as it has an agreement with the Indian government. The average cost of a smartphone in India is $150. A lot cheaper than the latest iPhones.