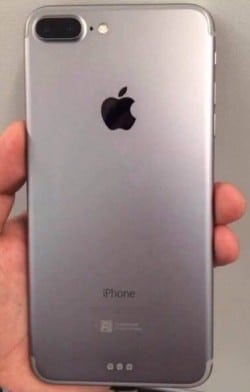 According to a note from Chris Chang of Nourma Securities, Sony lags behind schedule in supplying Apple dual lens cameras for iPhone 7 plus. The next generation 5.5 inch iPhone with a dual camera may be called iPhone 7 Plus or iPhone Pro.

“We think Sony may not be able to deliver its full share of dual cameras to Apple due to: (1) lower-than-expected yield, and (2) damage to its production facility from the April earthquake in Kumamoto.”

According to Chang Apple may turn to LG for supplying dual lens camera for the new iPhones. These larger-sized iPhones are expected to be unveiled in September.

Many leaked images have surfaced the internet but there is conflict about the exact design.

Apple has decided to introduce dual cameras in its devices after it acquired LinX Technology. This technology allows users to create DSLR-quality images with their phones. These multi-aperture cameras are less protruding than single aperture cameras due to their smaller size.

Apple’s recent patent for dual camera system consists of a wide-angle lens and a telephoto lens. The telephoto lens will be used for zoomed-in videos and photos.