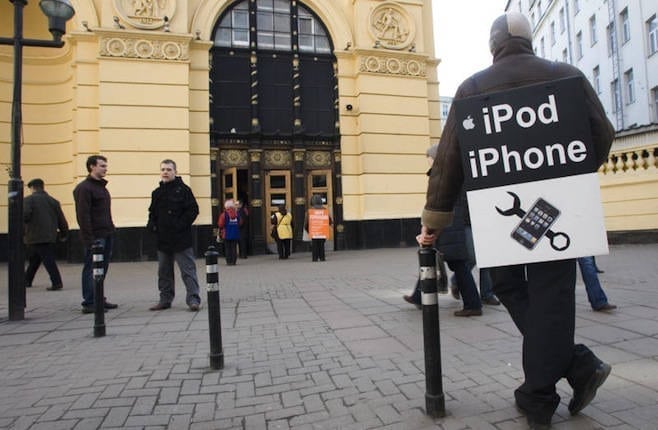 Apple is going to open a device repair center in Russia. This decision is a result of a recently filed lawsuit. The lawsuit involves Apple’s chain stores and service companies located in Russia.

The lawsuit claims that Apple does not provide suitable product repairs in Russia.  According to the case proceedings, Dmitri Petrov’s iPhone had a damaged screen. Petrov found that he could not get his iPhone’s screen fixed by any of Apple’s service centers. Damaged screens are neither fixed nor are they replaced for newer components. Hence Petrov was looking at costs totaling $469 USD to have a third party fix the screen despite having an operational warranty.

What did Petrov do then? He sued Apple. In the letters sent to the court Petrov claims Apple to be in violation of Russian consumer protection laws by failing to provide adequate repair services in the country. None of the products requiring screen replacements in Russia are fixed or replaced. Apple seems dedicated to change all that, and soon. The company is soon going to build a ‘centralized’ repair center in the country. The new center may cost Apple $2 million USD, according to Moscow Times. The high costs are a result of the fact that calibration equipment required for screen replacements are expensive and complex machines. iOS access is also required to repair damaged iPhones. Right now the solution for all hardware problems in Russia is swapping damaged components with new units.

Apple has a 17 percent share in the Russian market of smartphones currently. As the main reason why iPhones are popular worldwide is brand Royalty, it seems that the introduction of an Apple repair center will only lead to more loyal users. There is currently no word of when the center is going to be operational and where it will be built.