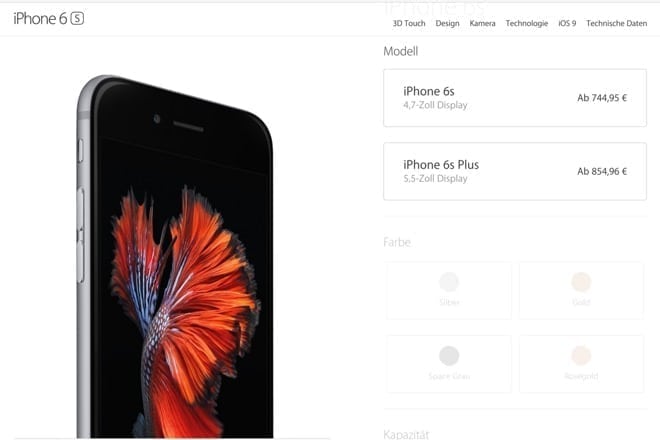 In recent days, prices of devices from the Cupertino-based tech company have been stable however Apple raised the iPhone price in Germany after it reached a deal between the technology industry and content producers. The new deal will now benefit all kinds of content producers like musicians and actors etc.

In a statement to The Associated Press, Apple stated that the increase in prices of the iPhones and iPads are a result of the new copyright levy according to German law. Last month Apple has agreed to pay almost $5.50 to $7.70 more for the importation of each Apple smartphone or tablet to Germany. The basic model of the iPhone 6s will be sold at 744.95 euros or $811.03 which is an increase of almost 5.95 euros in the price range. The money will apparently be distributed among all kinds of creative professionals as well as a group that includes “creators, producers and acting artists of erotic and pornographic films.”

The new agreement is actually based on a 1965 German law and it also matches arrangements which are already in place for other consumer electronics such as blank CDs. This law allows people to make additional copies of existing audio or media, like pictures etc, for a small additional tax on the sold devices. According to a statement released last year by Markus Scheufele, a copyright expert at a German trade association called Bitkom, compensation can be claimed for iPhones and iPads sold from 2008 to 2012 as it was not paid to the manufacturers previously.

So in the long term, there will be a move away from fixed surcharges on devices to a subscription service or a pay per use model, under which consumers will only have to pay for the downloaded content instead of a base fee.

However according to Juergen Becker who is a spokesman for ZPUe, an umbrella organization that had negotiated the deal on behalf of manufacturers, consumers might be able to easily find methods of copying material for free. This means that up front surcharges are fairer than the pay per use models of payment.