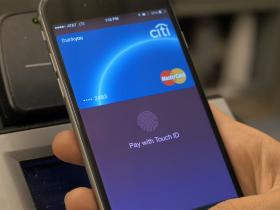 You might be able to make payments via text, phone or email to users of iPhone in the coming years as the company has now filed for a patent for technology that will allow it to share money via iMessage and phone calls as well as emails.

According to the patent the company will probably add a button to the messages which will allow iOS users to send money. So if you owe a friend money for lunch and he demands payment for it, a little button in the corner of the message will allow you to pay him back. The button will show “Make a Payment” in the upper right hand corner. This is shown in the image of the patent and hints at the kind of technology that this kind of service may use. The patent was filed in December of 2015 according to Ian Kar at Quartz who broke the news.

It is suggested that the tool will use the technology of Apple Pay which is Apple’s own payment system. In recent years, other companies have also begun to provide these payment options to their users. Facebook has, for instance, added the ability for users of Facebook’s Messenger to pay friends. Recently it has also added the ability to order a Uber ride through Facebook Messenger. However, these kinds of services are already popular in Asia. WeChat which has almost 650 users already lets its users do a number of things like buy food, order taxis etc. Even Snapchat offers people payment options via Snapcash.

Apple has a reputation of patenting wild ideas that take a lot of time to come to fruition in the form of usable applications for consumers. However Apple seems to be extremely keen to increase the usage of it’s Apple Pay services and so this feature might come to your iPhone sooner than you think. Indeed in December it was reported by The Wall Street Journal that Apple was in talks with big banks to produce a mobile payment service that will “allow consumers to send payments from their checking accounts to recipients through their Apple devices.”