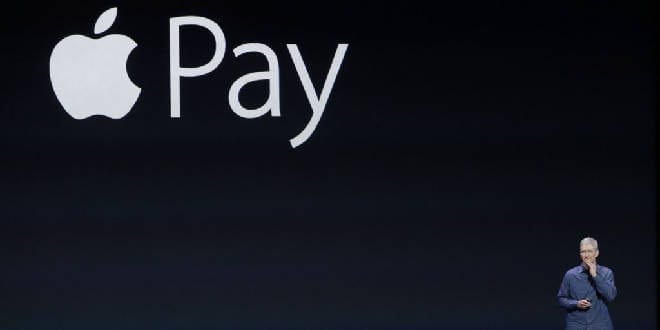 In a rather expected event, Apple has announced that it intends to further extend its Apple Pay solution into another country. According to reports dating back to June, Apple had announced the extension of Apple Pay. The new regions include Switzerland, Hong Kong, and France. Only a mere 3 weeks from that announcement Apple Pay is now officially available for use in Switzerland. This launch means that the service now supports Visa and MasterCard cards issued by Corner Bank, Bonus Cards, and Swiss Bankers.

Consumers whose banking is affiliated with one of these financial institutions can fully make use of the mobile payment service as a contactless payment solution in Apple outlets. This includes those in possession of a credit or debit card issue through their account.  This also includes online and through certain mobile apps. It is further expected that additional institutions will be added to the list in order to widen the market.

Those in possession of the cards eligible for this service are able to directly scan or add the debit/credit card directly in the Wallet App that ships with iOS. This feature is found in the 8.1 or later builds of iOS so in that case an iPhone 6 or later would be required. Owners of the Apple Watch can still make use of this service with an iPhone 5 provided that the Apple Watch is connected to the device.

A compelling reason to actually use Apple Pay is the safety and security involved when paying for the goods and services. It’s also a very convenient method of payment for users given that once a card is registered; a simple flick of the wrist or the flash of an iPhone is all it takes to successfully complete a transaction.

Convincing retailers to get on board with the new payment mechanism is a challenge. At the time of launch, prominent outlets such as ALDI SUISSE, SPAR, Apple, Press&Book and Hublot had already agreed to accept Apple Pay as a form of payment. This list is expected to expand over time similarly to how it has occurred in regions where Apple Pay was previously launched.

Switzerland is now the seventh country to support Apple Pay. France and Hong Kong are expected to join the ranks soon. Apple Pay was originally launched in 2014 in the United States and since then, is available in Canada, Australia, China, United Kingdom and Singapore.