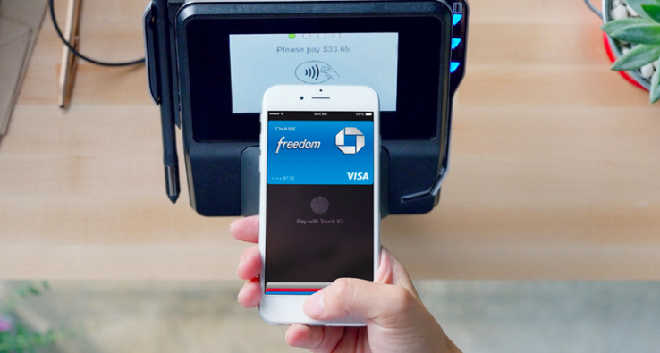 Apple Pay in China may make its debut as early as February next year before the Chinese New Year (which falls on 8th February).  The electronic payment service is rumored to be launching for its debut in the biggest smartphone market in the world by early next year according to the Wall Street Journal. Sources reportedly told the Journal that Apple has made deals with four of China’s state-run banks to allow Apple Pay users to link their bank accounts with the mobile payment service. This move follows Apple’s decision in September to register in the Shanghai free trade zone as a business engaged in the field of payments. However, no Apple representatives commented on the matter.

The service which was launched last year in the United States and other countries has been aggressively being introduced by Apple to other regions as well. As rival services like Samsung Pay and Android Pay also make their presence known Apple is trying to win the race to be the first mobile paying service to be available globally.

The Cupertino-based company is trying to reach an agreement with the Chinese bank UnionPay. UnionPay is the only bank in China that deals with inter-bank payments and this monopoly on credit and debit card processing has effectively weeded out MasterCard and Visa. Both UnionPay and Apple have been engaged in talks for providing support for Apple Pay since last year, but their relationship has been rocky. Apple had hoped to reach an agreement by March of 2015, but it has been unable to do so.

Apple has also been in talks with eight major Chinese banks since last year to gain support for its mobile payment service in China. However, even these talks have not been very fruitful as a source close to the banks has disclosed and indeed one particular bank, the Industrial & Commercial Bank of China, has stated that it has no interest in such a deal.

The issue for most banks is that Apple charges a very high fee to process any and all transactions made via Apple Pay. In America, the company gets 15 cents for every hundred dollar transactions made via the service. Understandably banks in other countries like Canada, Australia and China are balking at these figures.