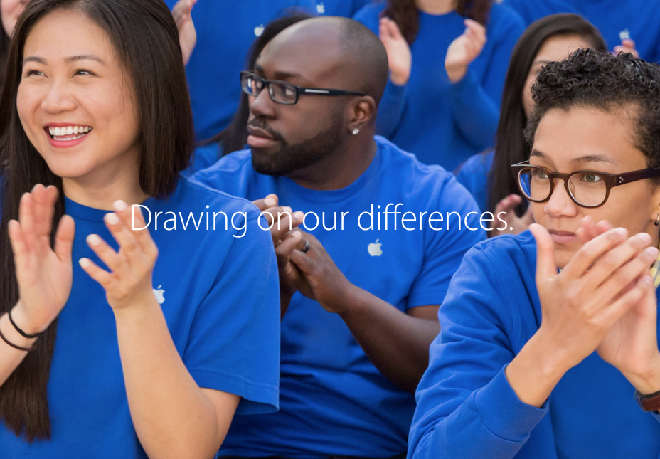 The latest workforce diversity report by Apple suggests that the company has found the solution to problems of discrepancy in pay equity and opportunities offered to women and minorities. Workforce diversity is one of the biggest issues in Silicon Valley. Reports are generated by different companies each year. These reports show pay gaps working against women and minorities since top positions are mostly taken up by white males.

In Apple’s latest workforce diversity report, the company has shown progress in solving the issue. Apple has revealed that it has successfully achieved pay equity after analyzing compensation of its employees in the United States. Apple will now pay each woman $1 for every $1 a male employee earns. Furthermore, an employee from an underrepresented minority will earn $1 for each dollar a white employee earns.

Apple is also looking forward to solving the issue worldwide. The company said that it will try to solve pay gaps in its operations all around the world. Apple, however, is not the first company to achieve pay equity Facebook and Microsoft have already achieved it.

The gender pay gap is still prevalent in the US. According to Glassdoor Economic Research, men earn 24.1 percent more than women in the United States. The task force diversity results for Apple show that the company is working towards improving the diversity of its workforce. Apple said in the report: “We want Apple to be a reflection of the world around us.”