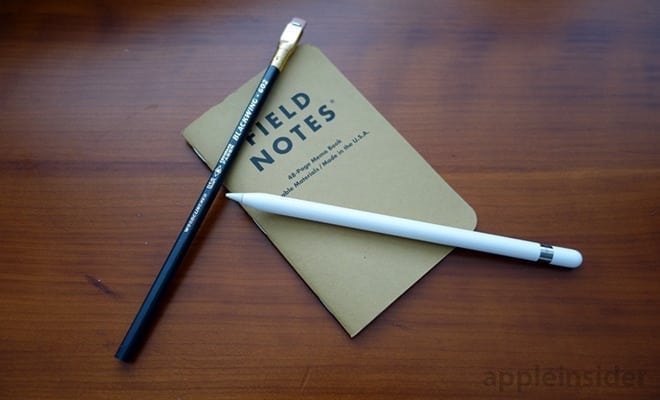 Stylus-driven smartphones have been a thing since before Samsung’s Note 2 and they have considerably increased in popularity with each successive model. As of now, Apple has been reported to have brought special features to their official stylus, the Apple Pencil.

According to the company’s patents, the new digitized Apple Pencil is beyond ordinary. Upon thorough observation, the succeeding stylus was reported as having multiple nibs with various sensors embedded within it.

Beginning with the general functionality of the nibs, the stylus, and the corresponding device synchronize their status upon the screen and stylus making contact. The sensors within the nibs measure the physical conditions surrounding it and that is passed onto the connected device as pure data. The data affects the way the stylus influence the device’s screen as if it’s actually a non-virtual pencil, writing in the way we desire.

It would be easier to understand its work with an example. A pencil can be used to write anything. But the way with which something is written is entirely dependent on the holder, which is the user, disregarding pencil nib shape. More force on the pencil writing would make lines deeper, darker and somewhat thicker. Similarly, with the Apple Pencil, the sensors within the stylus provide the data to show the magnitude of the force on the Pencil and as a result, the lines become thicker or thinner, depending on the data sent from the Apple Pencil.

This stylus consists of all these features. As for the nibs individually, the stylus consists not just of multiple nibs, but different kinds so as to visualize various hand tools like paint brushes. The functioning of each is similar to the basic details of the Pencil. A brush-end nib could make brush strokes on an iPad screen as the pencil lead would make pencil lines onscreen.

Now moving on to the other major sensors introduced. Visualizing a real pencil, an ‘eraser’ is suggested to be a part of the documented stylus. If the concluded idea of the eraser is taken literally, then Apple was really trying to create an actual multi-functional pencil by utilizing any part of the stylus’ surface area. Furthermore, it isn’t that Apple only implemented touch-only functioning. Accelerometers and such moderate and accurate movement sensors have been inserted, as suggested by blueprints, to maximize the functionality of the Pencil with the corresponding device.

These features are mainly to be implemented on iPads, iPad Pro in particular; iPhones tend to be average sized each time, canceling any need or use for a stylus. Being available to consumers, the high functionality and flexibility makes it very obvious that it would become a trending add-on product to the supported iOS devices very quickly and would tend to overpower most current styluses with the specifications mentioned in the documents.