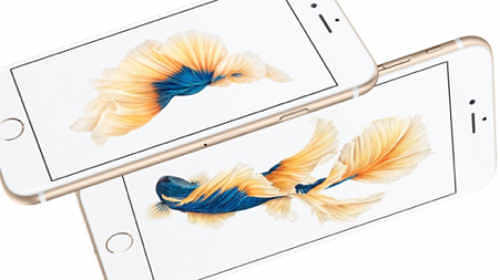 According to the latest from Et News, Samsung has won the long battle to be Apple’s supplier for the OLED display panels. The new OLED panels are supposed to be a part of perhaps the iPhone 8, which is rumored to be produced by sometime in 2018.

As Apple is perhaps one of the few remaining smartphone manufacturers who still use LED displays it seems that the switch to OLED panels is not only expected but also imminent. There has already been a steady supply of rumors, leaks as well as predictions about this shift taking place by now. In order to make this change, Apple will require a supplier which will be able to cope with it’s high number of orders along with being able to maintain the extremely high-quality threshold expected required by Apple. This deal may be beneficial to both companies as Samsung has been having a bit of a difficult financial year according to the weak report of Q4 2014 earnings.

Previously, Apple has proven to be reluctant to make the switch due to its concerns over the lifespan of the OLED screens which is typically less than the LED screens. It seems perhaps that Apple is confident in the belief that these issues will no longer be hindrances as it has acquired patents of technology using photodiodes and varying the anode pitch in OLED screens). Indeed, even Nikkei Asian Review reported that Apple has already notified its supply chain of the upcoming shift to OLED iPhones for the 2018 edition of the iPhone.

Update: It seems that another company has also been added to the mix. According to recent reports now Japan Display is also going to compete with Samsung as well as LG Display for the post to be Apple’s supplier for OLED panels. Japan Display announced on Friday that it will begin the mass production of OLED panels by 2018. This is the same timeframe as when the iPhone 8 is expected to be unveiled. According to Akio Takimoto, who is the research chief at Japan Display  “We will take advantage of our advanced thin-film transistor technology in developing OLED screens,”