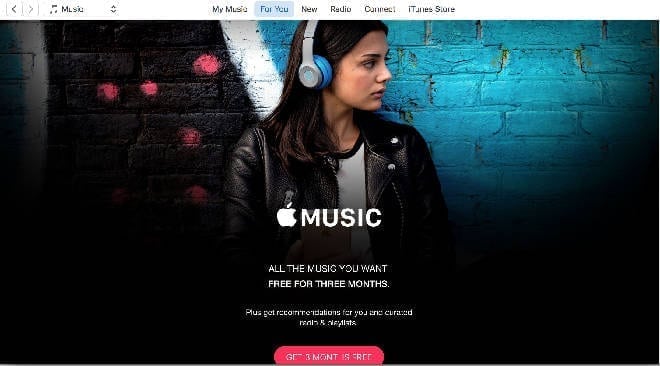 The redesign is aimed to make Apple Music more intuitive and simple and brings with it some new sections and others that have been improved. At the same time, Apple announced that it now has more than 15 million paid subscribers, the fastest growth a service like it has seen in a single year.

Apple has redesigned Apple Music from the ground up, doing so because it wanted to give its users “greater clarity and simplicity” across every aspect of the service. Taking on Spotify’s wildly popular Discovery Weekly feature is Apple Music’s ‘For You’ section, which adds daily curated playlists like “Monday’s Playlist,” the recommendations of which are based on what you’ll probably want to hear.

According to Apple, the first tab within the app is now Library that gives you quick access to your songs as well as your downloaded music. A new Recently Added section makes it easy to pinpoint new songs and albums you’ve added to your library. Apple Music has added a new section called “Downloaded Music,” which shows all of the music that is physically saved on your device, keeping in step with that “great clarity” goal Apple has stated.

Apple Music also has inline lyrics now which the users are surely expected to appreciate. The top of the For You tab now has a Discovery mix, a Recently Played playlist, a daily curated playlist and more. Content from the Connect tab is now integrated within the For You tab rather than living in its own tab.

Overall, Apple aims to make Apple Music easier to use, addressing some of the concerns critics have had about its usability. The app “makes it clear where you are” no matter which part of the app you’re in, and in doing so you’ll be able to find what you’re looking for more quickly.