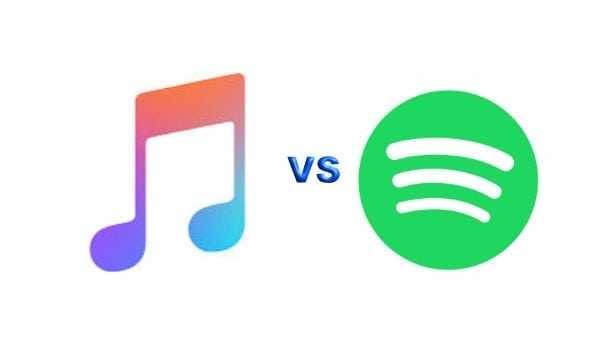 Spotify expanded to the US in 2011 whereas Apple Music was released simultaneously all around the world in 2015. Even though Spotify still boasts the highest number of followers with 70 million paid followers as compared to Apple Music’s 36 million. This makes it nearly twice as large as Apple Music. Spotify also has a free, ad-supported tier, giving it over 140 million listeners overall around the world. Even though these statistics show that Apple has a long way to go, it could very well overtake Spotify before 2018 is over.

The Wall Street Journal reported, “Apple’s subscriber-account base in the U.S. has been growing about 5% monthly, versus Spotify’s 2% clip, according to the people familiar with the numbers. Assuming those growth rates continue, Apple will overtake Spotify in accounts this summer.”

This rapid increase is due to the obvious advantage Apple has of preloading its Apple Music app on all of its iOS devices. It’s also available on Mac, PC, Android, Apple TV, and vehicles equipped with CarPlay, Sonos, and HomePod. It does not come pre-installed on Android devices. But they can download the app from the Google Play Store. This is the same strategy that Microsoft used back in the day to make Internet Explorer the most dominant browser by bundling it with Windows.

Overtaking Spotify in the US is one thing. Overtaking it globally for Apple is a huge mountain for Apple to climb. It will still take a number of years before it can call itself the largest music streaming service in the world.

Furthermore, Spotify is planning to become a publicly traded company with an initial public offering (IPO) approaching. The future of the company will depend on the attitude of the investors. As it is most likely to drop to the No. 2 spot in the US this year, it might make the investors a little hesitant. However, the global number still remains high and will definitely get the interest of people all around the world. Going public could also bolster Spotify’s subscriber numbers but it all depends on how the IPO goes.