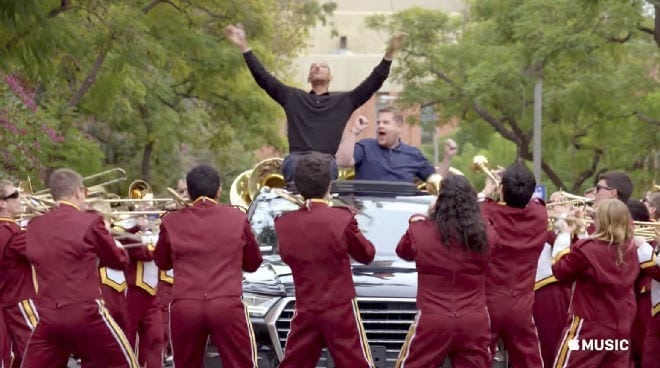 Apple announced the new series, Carpool Karaoke. This will be exclusive to Apple Music subscribers starting August 8th. Many of today’s biggest names in music, television, film, sports and pop culture will be featured.  These short road trips will be filled with the guest’s favorite songs.  You can expect comedy, conversation, and music.

Tune in every Tuesday, for a new episode. Available to Apple Music subscribers in more than 100 countries. You will see your favorite celebs paired each week belting out their favorite tunes.

The Original Lives On

Carpool Karaoke will continue to be a regular segment on The Late Late Show with James Corden.  It is broadcast Monday through Friday on the CBS Television Network.

This is Apple Music’s first move into original video content along with another Apple original the Planet of the Apps reality show which is similar to the Shark Tank.

Carpool Karaoke looks like a real fun time and will likely be very popular among Apple Music subscribers. We will need to check this out.  In the meantime here is a trailer that will give us an idea of what to expect on these fun rides.