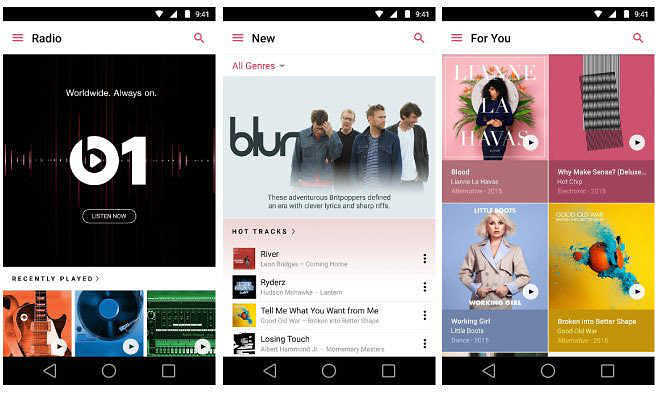 Apple has recently updated the version of Apple Music for Android. The new update allows users to save songs to their SD cards which will make it possible to greatly increase the size of the music library. The release notes from Apple say that SD card functionality will allow users to store more music on their phone’s internal storage. Apple devices do not have the option to increase their internal storage capacity, unlike certain handsets that function with the Android OS.

The Verge points out that most users will be saving songs to micro-SD cards which for their price have great value. They range up to 128 GB in storage space which allows Android users to have approximately double the space provided by flagship Apple phones. One of these cards can cost as little as thirteen dollars on Amazon. The update includes added goodies such as the full schedule for the Beats 1 shows in the app and browsing songs via composers and compilations giving the users a fun new way to discover songs and soundtracks.

Apple launched the Android version of its music streaming service in November on a three-month trial basis giving users access to over 30 million songs, playlists curated by Apple editors, live Beats 1 radio, iTunes Connect, iTunes purchases and music recommendations catering to the users taste via music already in your library. The beta version of the App came with some restrictions for users. Music videos were not yet available, and the sign-up process still had some kinks for Android users. It also required you to have a Mac or iOS device if you wanted to purchase a family membership.

It is currently unknown how well the beta is doing in Android circles as we have yet to hear anything from Apple itself. However, Google Play figures say that the application has been downloaded from somewhere in between one and five million times. Apple Music version 0.9.5 is a free update from the Play Store. After your trial expires subscriptions start at $9.99 a month.