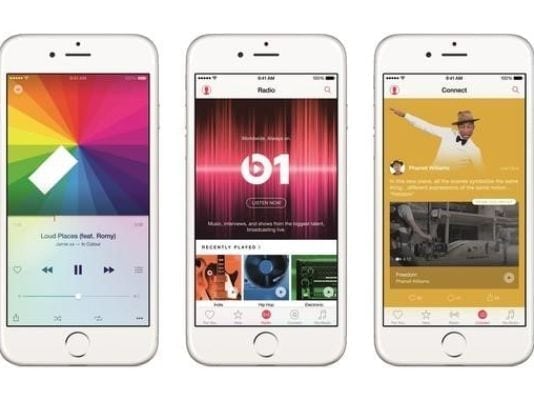 Apple has managed to achieve 20 million users in only a year. The company started the service last summer. Apple Music offers different plans to its users. A single subscription to the app cost $9.99 per month. Whereas, a monthly family plan subscription costs $14.99. Six people can use the family plan. There is also a student option available for $4.99 per month.

Apple still lags behind its Swedish competitor Spotify. In September, Spotify announced that it had reached 40 million paid subscribers. The app has 100 million total users. 60 million users use the free ad-supported tier.

Apple’s senior vice president Eddy Cue talked about the app with Billboard. In his interview, Eddy discussed the types of customers Apple music was attracting. According to Eddy, 60% of the Apple Music subscribers had not purchased music from iTunes Music Store in the past year. He also added that most of the new subscribers were new users.

According to Eddy Cue, more than 50 percent of the service subscribers live outside the U.S. The app is already available in 100 countries including Canada, China, Russia, Brazil, and India.

Eddy Cue also added: “It’s been quite a year. We were thrilled to see that we could take [artists’] passions and drive them all the way to No. 1. Chance the Rapper, who we put on Apple Music exclusively, hit the top 10 on the Billboard charts [based on streams alone], and I can’t recall that being done before.”

However, Apple music and Spotify are not the only music streaming options available. Amazon, Microsoft, and Google also have similar applications available. Moreover, Pandora and iHeartRadio have also announced their own services in the past couple of weeks.